How Do I Find the Right Bible?

How Do I Find the Right Bible? 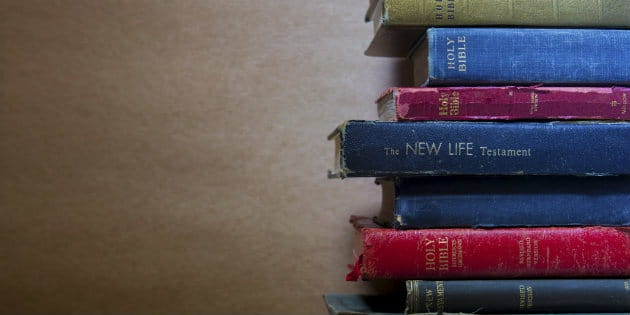 As a Christian, I’ve owned many Bibles over the course of my life. When I was young, I loved reading from this amazing graphic Bible that contained detailed images of epic battles and Old Testament miracles. As a teen, I carried around one of those “Study Bibles” that were all the rage among youth groups at the time. Right now I have a dog-eared NIV translation my parents gave me as a graduation present, complete with highlighted verses and sticky notes on various pages. I never gave much thought as to how different these books were, to me a Bible was just a Bible, but lately the subject of Bible translation has become a real concern for some Christians.

In fact, a common dilemma for modern Christians is figuring out which translation of the Bible they should read. The number of options is practically infinite, there’s even a copy of the Bible that’s allegedly written in Klingon. According to Richard Ostling though, Christians should not limit their reading to one particular translation. He states,

“Loose paraphrases like ‘The Living Bible,’ ‘The Message,’ or J.B. Phillips’ elegant ‘The New Testament in Modern English’ are valuable for fresh thinking and enjoyable reading. But they aren’t Bibles. Then we have actual Bibles that are not paraphrases but lean toward ‘dynamic equivalence’ translation that aims at clear comprehension and flow of thoughts. That’s an OK choice but serious students and seminarians, at least, should own a translation with more literal renderings of the original Greek and Hebrew such as Dale’s NASB (more on that version below)…”

Ostling’s opinion is echoed by many, including Daniel B. Wallace, a contributor to Bible Study Magazine who approached this question some years ago. Like Ostling, Wallace believed that Christians should endeavor to own at least two translations of the Bible: one that was written word-for-word, and one that was written thought-for-thought.

Wallace also gave a brief overview of the more popular translations, explaining how the KJV was “A literary masterpiece” but that “we must remember the KJV of today is not the KJV of 1611”. He considered the NRSV both “helpful” and “misleading” due to its fairly literal translations, and praised the NIV for its approachability, but saw its simplicity as a major drawback. In the end, both he and Ostling believe Christians will only get the full experience of scripture by reading more than one translation. When we examine different approaches to scripture, we’re able to expand our understanding of Christ and His creation. It’s encouraging to know each translation can serve a purpose, for they all contain the life-giving words of God

What about you? Which translation of the Bible do you use?