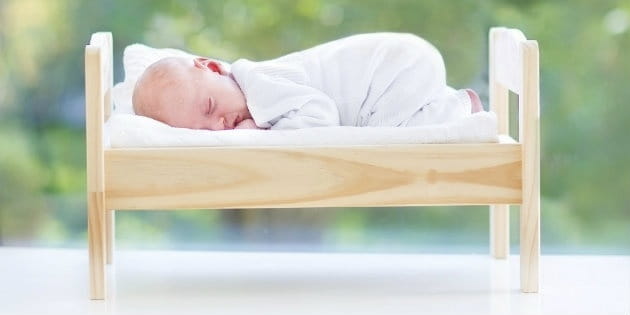 Right now, two good friends of mine are expecting a baby. This will be their first child, and needless to say they are very excited. The past nine months have been a blur of activity for them. They bought a crib, made up the baby’s room, and began shopping for diapers. Starting a family is a colossal life event, so it’s only natural that an expecting couple would want to share their journey with friends and family, and in these days, that means Facebook.

Log onto Facebook at any given time and the odds are you’ll see at least one baby picture. Maybe it was posted by a friend who just had a new baby, or perhaps your niece or nephew is celebrating their first birthday. Regardless, Facebook has become the new repository for precious memories. What might surprise Christians however, is how these pictures are helping to fight abortion. Joe Carter of The Gospel Coalition writes, ;

“For most people, on just about any given day they can open their Facebook account and within 30 posts find a picture of a baby. No matter who you are, whether young or old, black or white, rural or urban, someone is likely posting a picture of a baby to your Facebook timeline.”

“It’s easy to overlook how radical a change this is in America. We used to see pictures of babies on our coworkers desk or when a proud grandparent would pull a photo out of a wallet. Today, we see pictures of babies on a daily—sometimes hourly—basis. We also see them through a range of developmental stages, from sonograms in the womb to birth to their first months with their family.”

“Such images have become as ubiquitous on Facebook as cats on YouTube. We not only see babies everywhere, we know their names, we watch them play, we see them change. Babies have not only become part of our online context, they have helped to create a more pro-life context.”

Carter very well may be right. A common argument among Pro-Choice advocates is that life does not begin at conception. Rather, a child only becomes human at a certain stage in its development. It’s easy to take this stance when the product of your argument is a formless, faceless, thing, but a single photo changes that. With a picture, an individual is forced to stare into the very eyes of the person they are condemning.

When that happens, all the rational arguments and scientific studies are rendered meaningless. So, as Christians, what else can we do to stop abortion? Aside from posting more baby pictures, we can follow Matt Haviland’s advice and return to scripture. He writes,

“It starts at the foundation: knowing God’s Word and bringing the Gospel into the world. The ‘Christianity vs. Culture’ war rages forward at a greater pace and with more components than ever before. Yet, we find ourselves in seemingly futile debates and arguments when we really should be focusing on the root cause (in this case, sin and failure to prepare men for fatherhood) and applying biblical truth as the main source of reversing the trend.”

The Bible tells us that children are a blessing (Psalm 127:3), so let us strive to show the world that this is true.

What about you? How are you working to protect the unborn?