How Sexual Abuse in the Church is Real

How Sexual Abuse in the Church is Real 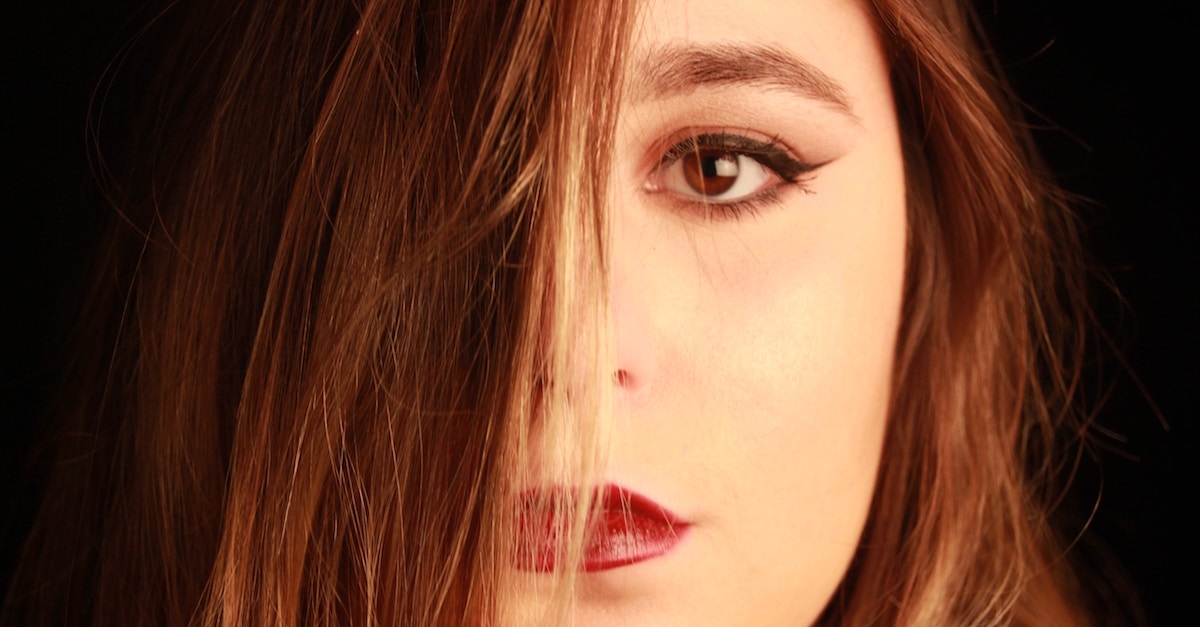 “One in four women and one in six men
will be sexually assaulted in their lifetime.”

These are just a few of the statistics circulating the web these days. But as if statistics weren’t enough, recent news headlines are beginning to make this issue so much more real: continued sexual misconduct allegations against government officials, the recent Harvey Weinstein sexual assault issue…

And that’s what’s climbing to the top of our feeds this week.

As much as we like to believe that the church is different, the sad reality is that the church is not immune to this area of brokenness. In her article on Relevant Magazine, Ashley Easter writes, “1 in 3 women and 1 in 4 men experience abuse of some form, often with devastating trauma symptoms stretching throughout the rest of their life. And for the last five years, child sexual abuse has been the No. 1 reason why churches or religious organizations have ended up in court. To say that abuse is an epidemic in the Church would be an understatement.”

These are strong words, and they may be hard to hear if you’ve been affected by this brokenness. No matter how much we fight it, trumpet it, or spin it, the Church is a reflection of the people within it. Because we’re made up of flesh and blood, the body of Christ becomes a mirror of not just the good...but also the bad and the ugly. Just as world leaders and Hollywood celebrities are putting the brokenness of the human race on display, the Church suffers from the same problem — sin. Like a hospital, we are a gathering place for the victims of the human condition. But as we reflect the brokenness of the world, we are also to reflect something else: redemption and healing.

Or at least, we’re supposed to.

Because the road to redemption involves exposing some glaringly ugly realities, they are often avoided... or masked.

Recently, however, there has been a small movement to bring the issue of sexual abuse in the world—and the church—to light. Just this week, here we’re seeing some headlines hit the Christian blogosphere:

“With #MeToo, Victims of Sexual Abuse Are Speaking Out. Many Happened Within the Church”
“How Patriarchy in the Church Plays a Role in Abuse”
“The Church, Humor and Harvey Weinstein”

Notably, Beth Moore was one who added her voice to the wave of #MeToo victims, encouraging others--especially those in the church--to do the same: 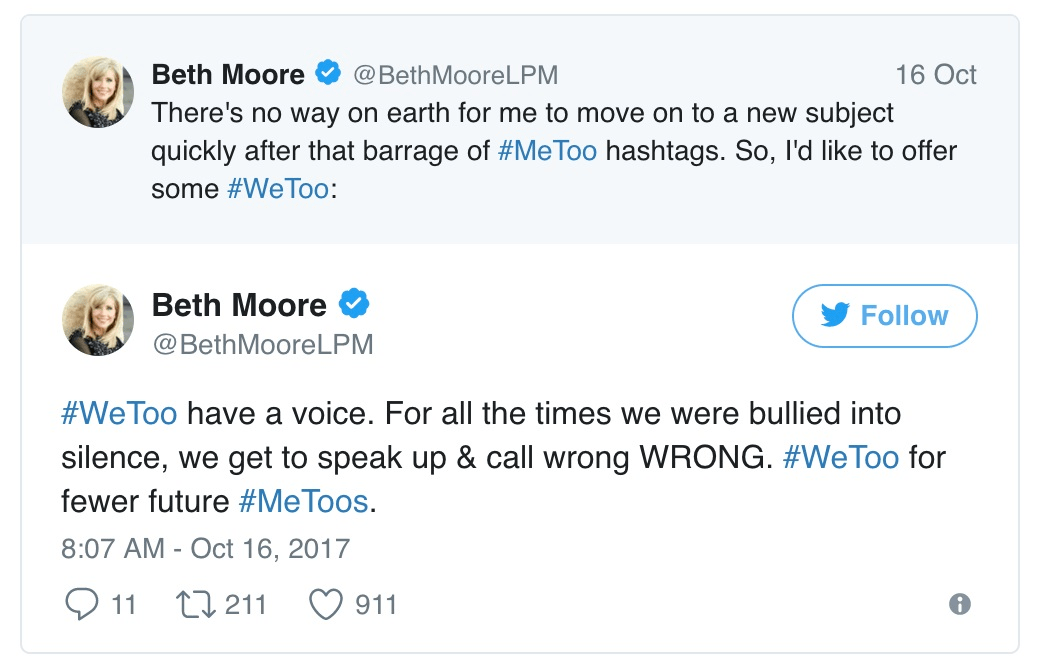 But just as faith and works are both needed in the Christian life, in order to see change, our words must be backed with action. I invite you to consider seven practical ways the Church can respond to this issue, as shared by Amy R. Buckley:

4. Take concrete steps to immediately stop all forms of sexism.

(Buckley notes that put-downs, crass joking, harassment, groping, stalking, verbal and emotional abuse, sexual assault and every other form of violence should all be regarded as abuse. “Remember many sexist behaviors are crimes,” she points out.)

5. Invest in the healing of victims.

6. Implement a zero-tolerance policy for sexual harassment, abuse, and violence. 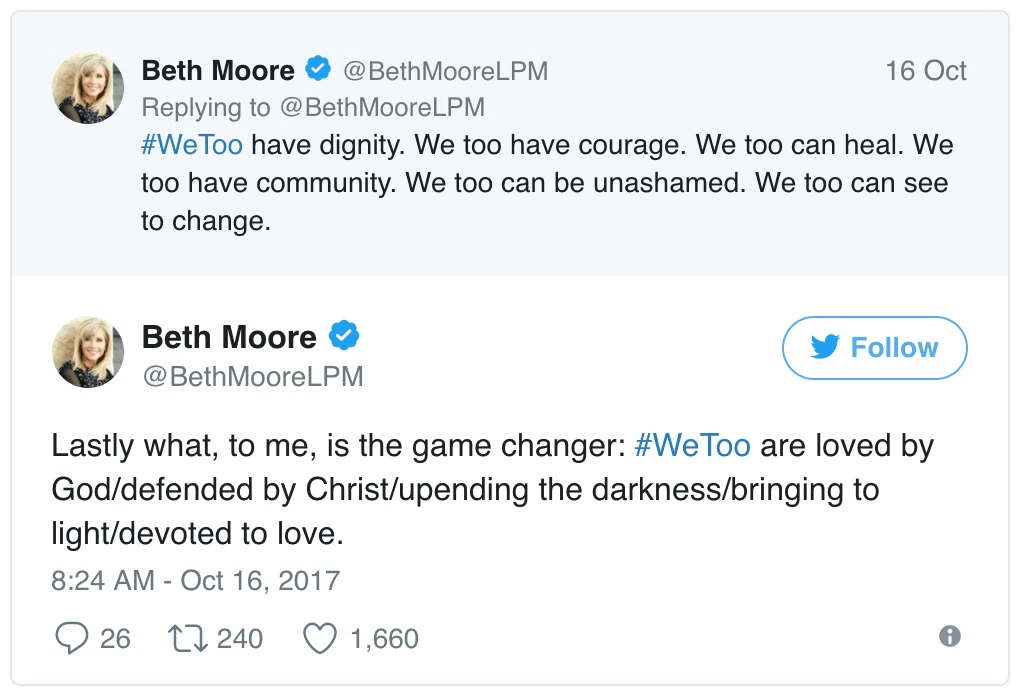 What better reason to make our voices heard, our brokenness exposed, and God’s love known. Especially in this.