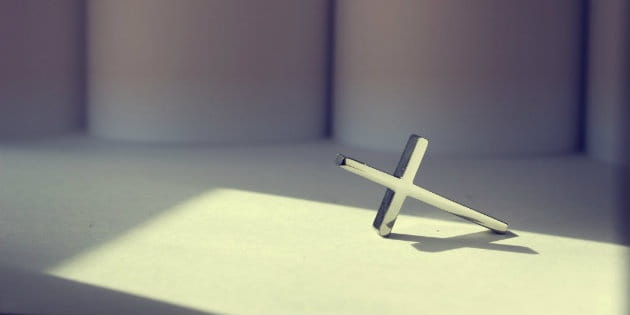 “Evangelical” has become something of a dirty word in today’s culture. Its official definition is listed as, “according to the teaching of the gospel or the Christian tradition”, but recent years have given the term a new and unpleasant reputation. To be labeled an evangelical Christian is to be called a bigot, a misogynist, a hatemonger. This newfound animosity is largely due to recent culture shifts that have put Christians at odd with the general public, and cast a negative light over the church. With ongoing battles over same-sex marriage and contraception still raging around them, many evangelical Christians fear potential laws that would force them to violate their religious beliefs.

Alan Noble of The Atlantic believes such laws would be a disaster. By not respecting an individual’s religious liberty, he argues, public communities are losing their moral compass.

“Often, the Christian defense of what they believe is their religious liberty is framed as fundamental hatefulness, homophobia, and misogyny, rather than disagreement grounded in morality. Much to the shame of the faith, a few who claim to be Christian really are motivated by hate. Those who disagree with them see little point in engaging with them on these issues, which is understandable, but it’s unfair and counterproductive to extend that attitude to all evangelical Christians. If the evangelical worldview is deemed invalid in the public sphere, then the public sphere loses the value of being public. American discourse will be marked by paranoid conformity, rather than principled and earnest disagreement. And our ability to prophetically speak to one another and to our nation’s troubles will be restrained.”

So, how can Christians boldly defend their faith in the public square? Well, we can begin by examining our own character. Though many Christians are loath to admit it, we are partially responsible for making “Evangelical” such an ugly word. As Crosswalk Editor Debbie Holloway showed in a recent blog post, Christians can be mean. We can forget who Christ was and what He stood for, building our faith around moralism, social issues, and political ideals instead.

The Bible reminds us that Christians are to reflect the character of Christ at all times. This means embracing humility, compassion, patience, and remembering that justice is equaled by grace.

“We love because he first loved us. If anyone says, ‘I love God,’ and hates his brother, he is a liar; for he who does not love his brother whom he has seen cannot love God whom he has not seen. And this commandment we have from him: whoever loves God must also love his brother.” – 1 John 4:19-21

“Keep your conduct among the Gentiles honorable, so that when they speak against you as evildoers, they may see your good deeds and glorify God on the day of visitation.” – 1 Peter 2:12

“He has told you, O man, what is good; and what does the LORD require of you but to do justice, and to love kindness, and to walk humbly with your God?” – Micah 6:8

For many people, we will be the closest thing to Christ they will ever see. If we wish them to understand the true meaning of the word “Evangelical”, we must first redeem it.

What about you? What are your thoughts?