Is Obama a Christian? Is It Wrong for Us to Ask That Question?

Is Obama a Christian? Is It Wrong for Us to Ask That Question? 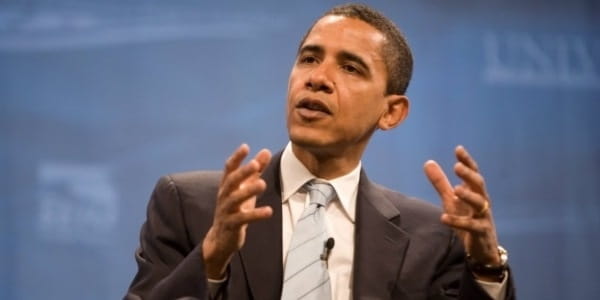 “I don’t know whether Obama is a Christian.”

Those were the words The Washington Post chose to feature referring to remarks by a potential Republican presidential candidate, Governor Scott Walker of Wisconsin.

And that’s when the buzz began.

But was Governor Walker actually casting doubt on Obama’s faith? No… not according to his spokesperson, Jocelyn Webster. She telephoned The Post to clarify that given the broader context of what was said, Walker was simply making a point of principle by not answering such kinds of questions. He was not being skeptical of Obama’s faith. (But, of course, that’s what generates buzz, and The Post knows it.)

The account that Barack Obama gives of his conversion to Christianity certainly reveals his familiarity with the gospel:

So one Sunday, I put on one of the few clean jackets I had, and went over to Trinity United Church of Christ on 95th Street on the South Side of Chicago. And I heard Reverend Jeremiah A. Wright deliver a sermon called "The Audacity of Hope." And during the course of that sermon, he introduced me to someone named Jesus Christ. I learned that my sins could be redeemed. I learned that those things I was too weak to accomplish myself, He would accomplish with me if I placed my trust in Him. And in time, I came to see faith as more than just a comfort to the weary or a hedge against death, but rather as an active, palpable agent in the world and in my own life.

It was because of these newfound understandings that I was finally able to walk down the aisle of Trinity one day and affirm my Christian faith. It came about as a choice, and not an epiphany. I didn't fall out in church, as folks sometimes do. The questions I had didn't magically disappear. The skeptical bent of my mind didn't suddenly vanish. But kneeling beneath that cross on the South Side, I felt I heard God's spirit beckoning me. I submitted myself to His will, and dedicated myself to discovering His truth and carrying out His works.

But, in all fairness, the New Testament strongly warns those who give mere mental assent to a few facts about Jesus if they don’t also—by their actions and their voting record—show that they actually love what Jesus loves, like say for example preserving life and honoring marriage.

Just consider these terrifying words of Christ from Matthew 7:21-23:

The debate about Obama’s faith continues to strike a nerve because there are people who want to know more about what Obama truly believes before they accept his profession of faith. On the other hand, there are others who say, "The man says he's a Christian. Just accept his word and move on."

Your turn: What do you think? Is it a fair question to ask whether Obama is a Christian? Do you think The Washington Post fairly reported Gov. Scott Walker’s remarks on this issue? Do you believe Barack Obama is a follower of Jesus Christ?