Is There a Biblical Response to Capital Punishment?

Is There a Biblical Response to Capital Punishment? 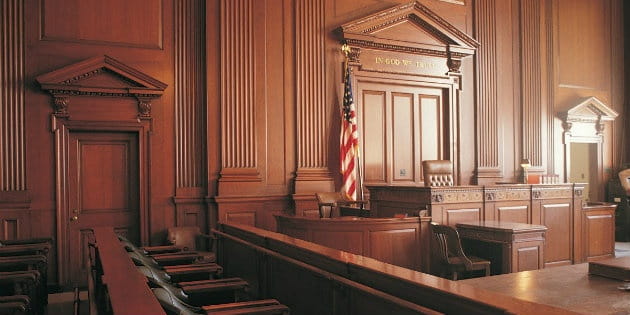 “He has shown you, O man, what is good. And what does the LORD require of you? To act justly and to love mercy and to walk humbly with your God.” – Micah 6:8

I’ve always felt that Micah 6:8 was a solid verse for Christians to live by. If we find ourselves confronted by a morally gray question we simply need to ask ourselves, “What is a just response?” “What is the merciful thing to do?” and “Am I being humble?” By doing so we seek to approach all things the way Christ intended. For the most part, this small piece of scripture has helped steer my faith through a number of difficult trials, but it’s only recently that I’ve come to realize how just difficult it is to balance justice with mercy. Some questions are not so easily answered.

Just take the subject of capital punishment. In the past, I’ve been a part of several small groups which endeavored find a Biblical position on state-sponsored executions, and nearly all of them ended with our members split down the middle. One side would always favor the justice of the sentence, while the other leaned toward mercy. Which one was the Christian response? The Gospel Coalition appears to be debating the same question.

In a pair of dual articles recently published on their website, Chuck Colsen argues in favor of capital punishment by appealing to the moral balance of justice. He wrote,

“The issue boils down ultimately to just deserts. Indeed, just punishment is a thread running through the whole Bible. Moreover, there is divinely instituted tension that exists between mercy and justice—a tension that, ethically speaking, may not be eradicated. Mercy without justice makes a mockery of the sacrifice of the Lamb of God. It ignores the fundamental truth of biblical anthropology: the soul that sins must die; sin incurs a debt that must be paid. Punitive dealings provide a necessary atonement and restore the moral balance disturbed by sin. Purification, one of the most central of biblical themes, reveals to us both the temporal and eternal perspectives on humanity. Purification comes by way of suffering; it prepares the individual to meet his Maker. God’s redemptive response to the sin dilemma did not—and does not—eradicate the need to bear the consequences of our actions.”

Meanwhile, Matthew Arbo argues against this premise by citing the Christian knowledge of human dignity. For Arbo, to take the life of another person is to forget they also were made in the image of God, and while Colsen believes punishment must be matched with grace, Arbo feels grace itself should be sufficient. He writes,

“…the Christian faith is fully and entirely pro-life—beginning to end. This commitment has broad enough scope even for the condemned. Every human being has dignity and no one, not even the monstrous, can lose their dignity altogether. I find Oliver O’Donovan instructive on precisely this point. If Christians take human dignity seriously, we should criticize any penalty that fosters attitudes of contempt toward the condemned. The Deuteronomic code, for example, limits the number of times the guilty can be flogged, ‘lest your brother be degraded in your sight” (Deut 25:1–3). Degradation is here distinguishable from shame, which may rightly attend punishment, but execution is degradation by definition. As O’Donovan puts it, ‘When the suffering of punishment becomes an object of vulgar curiosity and fascination, even experiment, the condemned person ceases to count among us as a human being deserving of neighbor-love, and ordinary human respect seems to vanish.’”

So, what is the Christian response to capital punishment? Honestly, I don’t know. Better minds than I have been debating this topic for years, and they’ll likely be debating it for many more. The only piece of advice I feel qualified to give is that we must remember the final aspect of Micah 6:8: humility. Before we take on such a colossal responsibility as deciding the fate of a human life, we must strip ourselves of pride and come to God in perfect humility. After all, if not for the grace Christ showed us, death would be the penalty for our sins (Romans 6:23).

All of us were once guilty before we were rescued and sanctified in the eyes of God. Perhaps we can only begin to balance justice and mercy once we have mastered the most elusive of Christ’s virtues, humility.

What about you? What are your thoughts on capital punishment? Be sure to leave a comment in the space below!