Is There a Christian Future in Store for America?

Is There a Christian Future in Store for America? 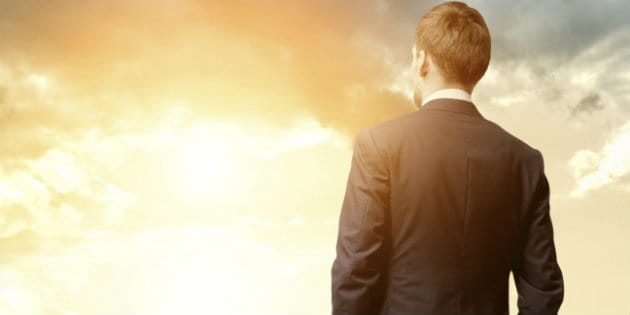 Family has always been one of the most important aspects of Christian life. The idea of a man and a woman, coming together to build and raise a household, is held sacrosanct as God’s design for life and marriage. Given recent events though, many American Christians fear these strongly-held values won’t live past the next generation. Secular culture is on the rise, while the number of Christians in the country appear to be declining. Some may even wonder if the future holds any promise for Christianity in America.

D.C. Innes of World Magazine believes just the opposite, arguing that the radical liberal agenda contains within it the seeds of its own downfall. He attributes this idea to a recent survey which shows the Christian family outgrowing secular populations,

“Stephen Turley points us to demographic data that indicates that ‘the future, as it turns out, is actually rather dire for secular liberalism.’ The U.S. fertility rate (births per woman) is about 1.9, whereas the replacement rate to sustain population levels is 2.1. But religious people have markedly larger families than the irreligious. A Pew survey this year found that the fertility rate among Catholics and evangelicals is 2.3, whereas atheists and agnostics are well below the replacement rate at about 1.4 children per family. University of London political scientist Eric Kaufmann calls this ‘the soft underbelly of secularism.’”

“If American Christians were to produce children at a rate double that of secular America, 3 percent or above, including adoptions, then America would have hope of a more Christ-honoring future. To put this in perspective, the post–World War II baby boom broke the 3.6 percent mark at its peak. The Mormon fertility rate is 3.4. It can be done.

The idea of Christians “out-breeding” the competition is nothing new. Family is something sacred that deserves to be protected, but when we embrace the idea of building God’s Kingdom with “Christian babies” we make three grievous mistakes,

We Turn Marriage into an Idol

Christians tend to put marriage on a very high pedestal. This intense pressure can often leave single Christians feeling like problems to be solved, rather than significant members of the Church. Meanwhile, believers who embrace a life of celibacy are all but forgotten, and those who’ve suffered through divorce are seen as moral failures. As I said, marriage is important, but it should never create division in the body of Christ.

We Diminish the Importance of the Individual

It’s wonderful to know that God made us all unique. As the Bible says in Psalm 139:13, “For you created my innermost being; you knit me together in my mother’s womb”. God gave to each of us talents and passions that we can use to change the world. Just look at the life of Corrie Ten Boom or G.K. Chesterton. When we adopt the idea of “outgrowing” non-Christians, we rob ourselves of that individuality.

We Deprive the Gospel of its Life-Changing Power

At its heart, the Gospel has always been a story of redemption and restoration. It tells how God left his place in Heaven to walk among us as a common man. He did this because He loves us, all of us, not just those who were fortunate enough to grow up in a Christian family. That’s why, no matter how our culture changes, Christ’s word will never fade. Not because we produced more children than our secular counterparts, but because He will always reach out to the lost and lonely, gently saying “I died for you.

I do believe there is a future for Christians in America, but it is one built by believers who are unafraid to act justly, show mercy, and walk humbly with God. We may face trials, the Christian family may change dramatically, but when all is said and done, Christ remains.

What about you? What are your thoughts on family and the future of Christians in America?