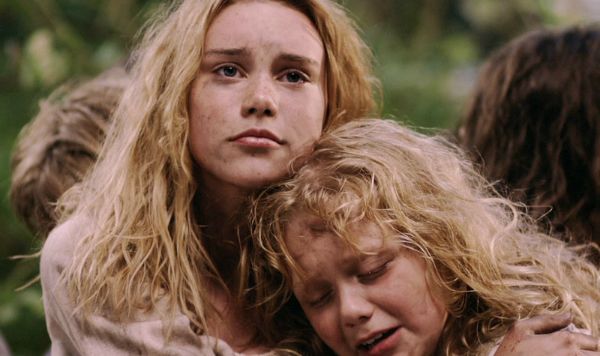 In a shocking decision by the Academy’s Board of Governors, “Alone Yet Not Alone,” a Best Song Nominee from the independent Christian film of the same name, had its Oscar nomination rescinded.

According to Variety, the decision was prompted by the discovery that songwriter Bruce Broughton had emailed members of the branch to make them aware of his submission during the nominations voting period.

“I’m devastated,” Broughton told Variety. “I indulged in the simplest, lamest, grass-roots campaign and it went against me when the song started getting attention. I got taken down by competition that had months of promotion and advertising behind them.” In a separate interview with Entertainment Weekly, the writer explained, “What happens is that the music branch of the Academy puts all the songs on a disc and I was concerned that this song would be really easy to overlook. So, yeah, I wrote some people and said, ‘Could you just take a look.’ That was literally the extent of the campaigning. I received in the mail songs from other films that were pressed and recorded CDs. We didn’t do anything like that at all.”

The song is performed by quadriplegic Joni Eareckson Tada, long known evangelical icon who founded Joni and Friends, an international disability ministry. Given her condition, her work on the song was truly inspiring. As Variety notes, with limited lung capacity due to her disability, her husband had to push on her diaphragm while she recorded the Oscar-nominated song to give her enough breath to hit the high notes.

Though rare, a rescission is not unprecedented. "No matter how well-intentioned the communication, using one’s position as a former governor and current executive committee member to personally promote one’s own Oscar submission creates the appearance of an unfair advantage,” said Cheryl Boone Isaacs, Academy President.

Before the rescission, Tada had been joyful. "Can you imagine how this might encourage other people with disabilities,” she said in an interview with Charisma News. “It's all about God's power in our weakness, and I love the chance to advance that message!"

There’s been no word yet from Tada about the disqualification.

What do you think? Was this a fair move from the Academy?

For more on Joni Eareckson Tada, check out: