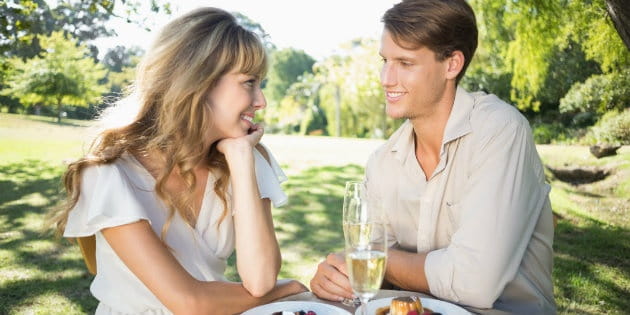 Everyone dreams of finding that “special someone” they can share their life with. That yearning for intimacy has been the driving force behind countless books, films, and a legion of other art forms. However, as much as we like to romanticize the process, the reality is all relationships take work. For the average person, dating can be a frustrating and difficult exercise. For Christians, it can be even worse.

As Christians, we know that marriage is sacred, and that knowledge informs the way we build our relationships. We believe sex should be saved until after marriage, and that a specific code of conduct should be followed while dating. But who decides what that code of conduct entails? A recent entry at the Tribeca Film Festival asks that very question, by documenting an Evangelical alternative to modern dating: Courtship. Under Courtship, all relational decisions are handled by a third party, usually the girl’s father.

While reviewing the film for The Daily Beast, Lizzie Crocker writes,

“In the film those experiences are mined through Kelly Boggas, the Wright’s former babysitter and ‘spiritual daughter,’ who has been living with the family for seven years and hopes to find her husband through courtship...Courtship gives her a sense of security. As Kelly’s spiritual father, Ron has made it his duty to oversee her courtship.

“He goes on dates for her and interviews potential partners, asking pointed questions about their religious and political views: ‘Do you ever watch Glenn Beck? Would you be comfortable with a homosexual elder that wasn’t practicing?’ The film follows Kelly’s courtship with a young man named Ross, who, like the Wrights’ daughters, was homeschooled and raised to find a wife through courtship.”

As the review progresses, we get small glimpses into Ross and Kelly’s budding relationship. On paper, the two seem almost a perfect match, but after several disagreements on theological views, the relationship quietly ends. The readers are then treated to a brief flash-forward,

“Today, three years after the film was made, Kelly still lives with the Wrights, and Ron is still keeping an eye open for her husband. But he hasn’t overseen any courtships since Ross. Kelly doesn’t mind that she has no autonomy when it comes to her romantic life. ‘It removes some of the burden to know that someone else is looking out for me,’ she tells me.”

In the end, the only thing any Christian really wants is to honor God. We want to glorify Him in every aspect of our life, including how we date. It’s painful when we sin, or make a mistake, and those who practice Courtship see it as a way of getting to marriage while avoiding potential pitfalls along the way. At the risk of editorializing though, I’m not sure I would agree. Love can only be real if it’s personal, that’s why God gave us free will in the first place.

Relationships can be terrifying. They’re filled with uncertainty, and all kinds of conflicting emotions, but that’s the point. We have to be willing to accept the risks that go along with love, to take responsibility and work for a marriage that’s both fulfilling and God-honoring. You cannot put that burden on someone else, because love is the burden.

What about you? What’s your opinion of Courtship?