Should Christians Refuse to Vote in This Election?

Should Christians Refuse to Vote in This Election? 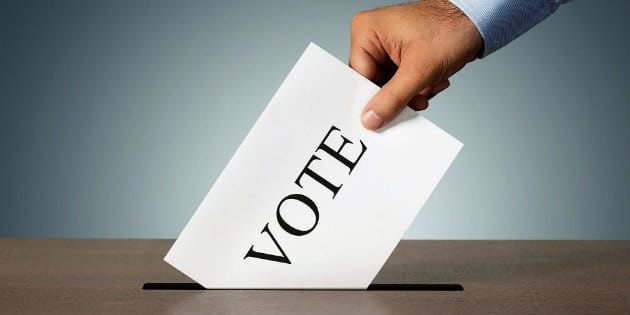 It probably hasn’t escaped your notice that the United States is in the middle of the most contentious election in recent memory. Neither candidate is very appealing, with all potential outcomes seeming despairingly bleak. Still, Christian leaders are nonetheless taking sides. We’ve all heard the arguments; “Think about the greater good”, “Vote for the lesser of two evils”, “That candidate is a racist demagogue” “This candidate is a lying crook”. Every Christian appears to have their reason for voting, but what about those who have chosen not to vote?

As unsavory as both candidates are, many believers still feel it’s irresponsible to abstain from voting. However, Titus Benton of Relevant Magazine feels this question needs to be asked. So, is not voting even an option for Christians”? Benton begins by pointing out the flaws in voting for the lesser of two evils,

“I would argue a resounding ‘No.’ We don’t pick a spouse, job or apartment by that criteria. We don’t ask which restaurant is the least likely to give us food poisoning. Lesser-of-two-evils decision making doesn’t invade most areas of our lives. It’s about as biblical as ‘cleanliness is next to godliness.’”

Benton asserts that just because someone does not vote, it does not mean they are apathetic. The Bible, he argues, has never given clear advice for navigating a fallen democracy. Rather, it calls on Christ’s followers to give first to the Kingdom of God and honor Christ above all else (Matthew 6:33). He concludes with this observation,

“What if your conscience is not aligned with either (or any) candidate or, more substantively, with the political process overall? What if one's political identity and allegiance is to the church and not the nation-state in which they reside, as is posited in this great book on the subject?”

Benton certainly makes a convincing point. Many evangelical leaders have been speaking about this election as though it we’re Christianity’s last stand. We have adopted a frantic, all-is-lost mentality which demands a Christian president restore balance to the country. As Veronica Neffinger of ChristianHeadlines.com observed though, a Christian president is not going to solve our problems. She writes,

“In his article ‘Does America Really Need a Christian President?’ Jayson D. Bradley discusses why a Christian president should not be a focal point of our hope as Christians...”

“Bradley warns that, although a Christian president who is also qualified to handle issues of foreign policy and the economy is not a bad thing, when we as Christians become too caught up in making sure to elect someone who shares our faith, we lose sight of whose kingdom we actually belong to.”

In the end, all of us will have to make a decision when the November election arrives. Some of us will vote for one party or the other, some might vote for a third candidate, still more will chose not to vote at all. Everyone has a right to their own opinion, that’s what being an American is all about. Let’s us not get so caught up in politics that we forget what really connects us though. We are all sons and daughters of a loving God, and no matter who rule in the Whitehouse, God still reigns on His throne.

What about you? Will you be voting in this coming election? Be sure to leave a comment in the space below!