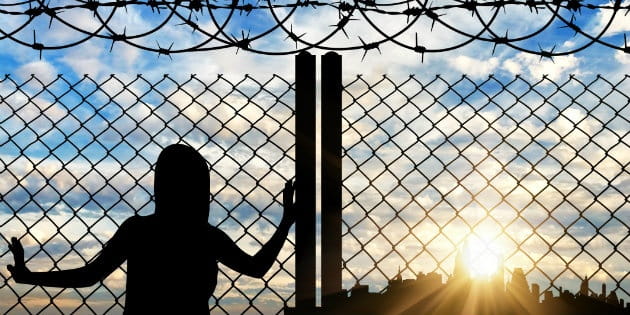 “Yesterday, December 7, 1941—a date which will live in infamy—the United States of America was suddenly and deliberately attacked by naval and air forces of the Empire of Japan.” – President Franklin Delano Roosevelt

The American people know this speech well, it’s the address President Roosevelt gave to Congress after the attack on Pearl Harbor. Many historians see this as a major turning point in World War II, the hour America finally stirred itself to action and came galloping in to save the day. What’s often overlooked, or perhaps willfully forgotten, are the events that took place at home following this speech. You see, the destruction of Pearl Harbor had left America shaken. Europe’s war had suddenly come crashing down upon us, along with the knowledge that neutrality and distance would no longer keep us safe.

People were sad, and angry, and scared. So, in the name of national security, the president authorized the immediate incarceration and relocation of all individuals of Japanese ancestry within the United States. These were American citizens who had committed no crime, yet their homes and property were seized, their rights violated, and they themselves imprisoned for the duration of the war. To this day it remains a stain on our national history, a moment when we allowed fear and suspicion to overshadow everything we stood for. Now, in the aftermath of the Paris attacks, the United States once again finds itself standing at a familiar crossroads.

As we mourn and pray for the people of France, Christians have begun asking what is to be done about the flood of Syrian refugees at our doorstep. The revelation that one terrorist entered France disguised as a migrant has made us wary, and a number of believers are demanding the U.S. shut its borders to all outsiders immediately. Already, lawmakers in Michigan, Texas, Louisiana, and several other states have requested that no more refugees be resettled in their territory until certain security and screening measures are met. Other Christians have openly rebuked American leaders for turning away the desperate and needy, only to discover pushback from concerned readers who fear the enemy will exploit our compassion. Meanwhile, in the background, conservative pastors rail against ISlS and Islam.

The more I look at our current situation, the more I recall the events that took place after Pearl Harbor. Just like before, people are sad, and angry, and scared. We want to be safe, we want the men responsible for this tragedy brought to justice, and maybe this time the expedient path really is the right one. Still, if God and history have taught us anything, it’s that humanity has a way of repeating its mistakes. I don’t know how to solve the Syrian refugee crisis, but as a Christian I understand this; we cannot allow fear to rule our hearts.

If we grind up the innocent with the guilty, how can we call ourselves followers of Christ? We need to put aside our anger, our fear, and let go of our prejudice. We need to look at the Syrian refugees through the eyes of Jesus. It won’t give us an easy answer, there will always be danger and outstanding questions, but perhaps we will move forward with the assurance that we have grown braver, and wiser, than when we first began.

What about you? What are your thoughts on the Syrian Refugee Crisis?

Christianity.com: What does the Bible teach about immigration? - Mark Coppenger from christianitydotcom2 on GodTube.