Should You Vote for the Lesser of Two Evils?

Should You Vote for the Lesser of Two Evils? 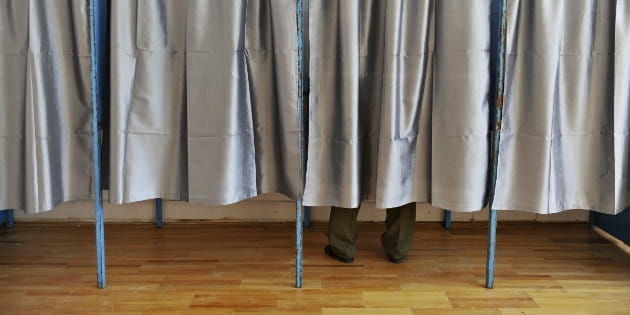 The ability to vote in our country is a gift and a freedom, and one we should neither take for granted nor treat lightly. It’s powerful and we should treat it as such, especially when we are voting for the man or woman who will be the leader of our nation.

“But what happens in a race where Christians are faced with two morally problematic choices? Should voters cast a ballot for the lesser of two evils?” Russell Moore’s article “Should Christians Vote for the Lesser of Two Evils” attempts to answer these challenging questions.

Regardless of your party affiliation or personal beliefs, we can all agree that there is no perfect candidate, just as we can agree that there are no perfect humans on our planet. Jesus was the one and only perfect person, so all of us are sinners who fall short (Romans 3:23).

As voters, we have the ability to use our ballots as a way of advocating for the issues, causes, and stances we believe in and vouching for the person we believe is the best, strongest, wisest, most responsible and honest candidate.

What happens, though, when the candidates before us exhibit more of what Moore calls “poor character” or “wicked public stances” instead of just, fair, and decent qualities?

Is voting for the “lesser of two evils” really the best option? Is it even acceptable to rationalize our votes that way?

“Think of military service, another office of public responsibility, as an example,” Moore says. “Members of the military don’t need to approve of everything a general decides to be faithful to their duty to the country. But if they're commanded to either slaughter innocent non-combatants or desert and sign up with the enemies of one’s country, a Christian can’t merely choose the least bad of these options. He would have to conclude that both are wrong and he could not be implicated in either. If a Christian doctor were forced to choose between performing abortions or assisting suicides, she could not choose the lesser of these two evils but must conscientiously object.”

So, what are we to do? Who are we, in good conscience and good faith as Christians, to vote for? If both options are evil and we know that upfront, Moore advises that we can’t honestly choose the “least bad” of the options and we should instead “conscientiously object.”

Moore says there have been times when he has faced two candidates, “both of whom were morally disqualified.” His plan of action? “I wrote in the name of another leader. Other times, I’ve voted for a minor party candidate.”

Many Americans see that as throwing away a vote, and would rather give their vote to one of the two “evils” to try to prevent what they view as the worse alternative coming out on top. It’s rare that we see a third-party candidate win (although it has happened, such as Abraham Lincoln running as a Republican during the Whig/Democrat era), and we feel that a vote for them would be a waste.

Moore’s point is this: “Our primary concern is not the election night victory party, but the Judgment Seat of Christ.”

Voting for “the lesser of two evils” is still a vote for evil, and one we will have to answer to when the day of judgment comes. There is no perfect candidate, and the point of this is not to convince you who to or who not to vote for, but instead to encourage you to examine the roots and motives of your vote.

“When Christians face two clearly immoral options, we cannot rationalize a vote for immorality or injustice just because we deem the alternative to be worse,” Moore concludes. “The Bible tells us we will be held accountable not only for the evil deeds we do but also when we “give approval to those who practice them” (Romans 1:32). This side of the New Jerusalem, we will never have a perfect candidate. But we cannot vote for evil, even if it’s our only option.”

How do you feel about this? Would you cast your vote for “the lesser of two evils” still? Share your thoughts with us in the comments, kindly and respectfully!