Surely the 5th Commandment Doesn't Apply Once I Grow Up, Right?

Surely the 5th Commandment Doesn't Apply Once I Grow Up, Right? 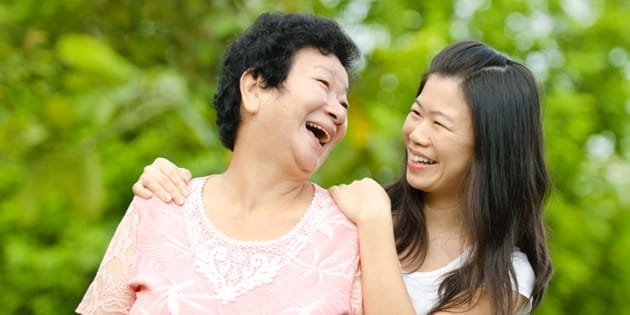 When we first met, I have to confess that I did not understand my wife’s relationship with her parents. The whole idea of wanting to spend so much time with them seemed too good to be true. What’s strange is that it’s not awkward or forced. They had (and have) a bond that I couldn’t fathom—and really still can’t.

I don’t hate my parents, but the dynamic is very different. We had our share of turmoil and struggles, and, as the youngest Millennial child of older Boomers, there’s a big generational disconnect. The distance there has been a huge hurdle. Once you throw in my later-in-life transformation to following Jesus and their on-again-off-again marital separation, the whole thing can seem a bit awkward. Okay, very awkward.

And that leaves me floundering as I try to figure out this whole “honor your parents” thing. My wife has it down pat, and with her parents, it’s easy. But with mine, I’m not always sure what obeying the 5th Commandment looks like, especially now that I’m a parent myself.

Enter Bronwyn Lea and her timely article on this very issue (cue the angel choir). First, she lays down why this isn’t a commandment that stops when we grow up:

“ ‘Honor your father and mother,’ were among the first words God spoke to his people (Exodus 20:12). The Apostle Paul points out that this was the first commandment with a promise (Ephesians 6:2). Jesus was quick to upbraid the [adult] Pharisees for making excuses: using their time and resources for religious good at the expense of honoring their parents. Anyone who does that, said our Lord, ‘nullifies the Word of God’ (Mark 7:9–13).”

Okay, so, it’s still important even when we grow up. But what about for those of us with some deep issues from the past?

“Acknowledging our parents’ humanity and their efforts are key components in showing them honor. For those who have suffered in painful relationships with parents, showing honor might begin with seeing parents as wounded rather than wicked, and seeking ways to appreciate the good they tried to do.”

Lea also asked older parents what exactly they thought honor looked like from grown children. Their answers surprised her:

In a recent column addressing this issue, Dr. Roger Barrier discusses what it means to honor parents who have hurt us and don’t seem to deserve it:

“Give them grace. They don't deserve it. You can't respect them; they are not respectable. ‘Honor them’ may mean that you extend mercy and grace to two people who may never deserve it—and you have done that by caring for them financially! You are honoring two parents who don’t deserve it. Please stop feeling guilty for thinking that you’re not honoring them! In your case honoring is not something you have to feel in your heart. Honor is shown by your actions.”

Your turn. There’s a lot here, but share with us how you show honor, have received honor, or why it’s difficult in your particular case. We’d love to hear from you.