The #1 Lie Your Kids are Learning from the World

The #1 Lie Your Kids are Learning from the World 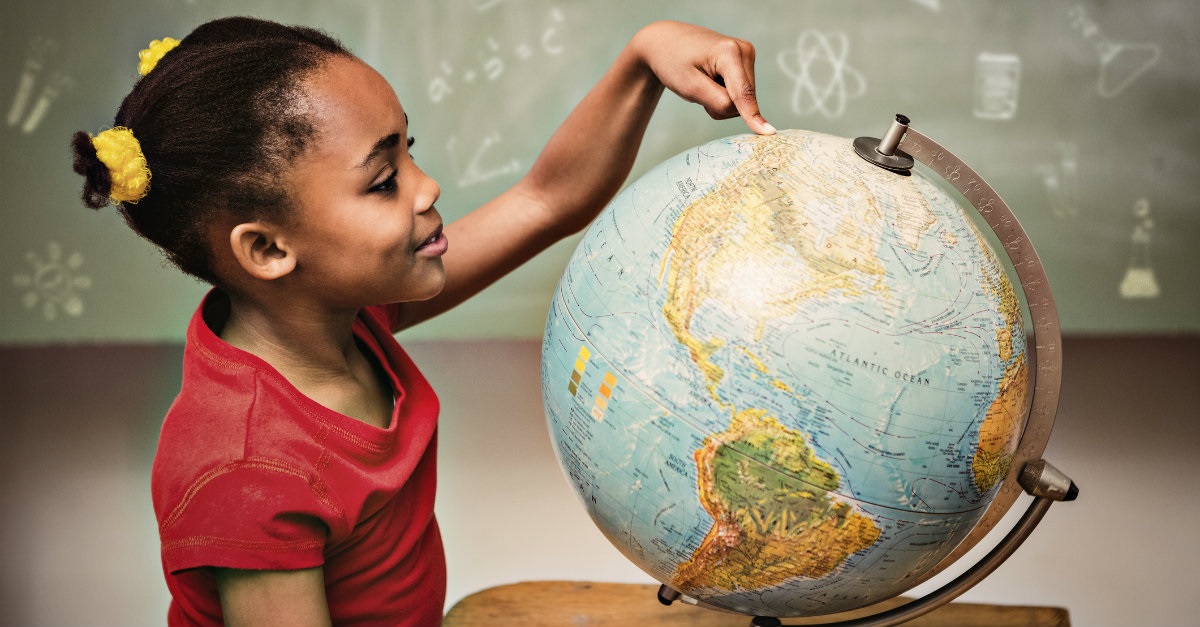 Think about everything your kids are exposed to in the media, school, from their friends, and the culture at large. You can probably think of quite a few negative things you wish they hadn’t been exposed to, but there’s an underlying link to them all. Youth pastors, Christian teachers, and parents are all in the business of trying to help kids understand the world around them; their role is also to help kids filter through the negative messages of the world to see truth more clearly.

Cameron Cole, founder of Rooted Ministry, has written an article titled “The Number One Lie the World Tells Our Kids” at rootedministry.com. He credits The ESPY Awards and Keeping Up with the Kardashians for helping to identify the culminating ethic of today’s secular world.

In July 2015 ESPN awarded Caitlyn Jenner (formerly known as Bruce Jenner) the Arthur Ashe Award for Courage, for the transition to womanhood. A few months later an episode of Keeping Up with the Kardashians depicted a grieving Kris Kardashian Jenner as she and her daughter Kim went through old clothes of Jenner’s to remember Bruce before the transition and to try to embrace the new person of Caitlyn, describes Cole.  Cole comments that while Jenner’s actions embodied secular society’s goals of “staying true to yourself” and “following your heart” there was also a violation of family bonds, of a family losing a husband and father.

“When ESPN bestowed on Jenner the highest of all their awards, the message was clear: human autonomy and individualism stand above all other virtues in modern society,” states Cole.

Individualism trumps all other virtues and values in today’s culture. Cole rightly points out that the abortion industry and pro-choice movement thrive on these secular values, and one could also say that human euthanasia / assisted suicide is following quickly in these footsteps. The same goes for polyamorous marriages, adult relationships with minors, incest and so on. Where will the line be drawn? I think the answer is that the line will continue to grow more and more dim. Our post-modern culture says in the simplest of terms that you can write your own story.  And not only should you write your own story, you should be proud of it.

The number one lie, born out of Western society’s morals and ethics, that the world tells our kids is:  “Be true to yourself.”

Cole lists these philosophical tenets that stem from this lie:

The John 3:16 slogan for non-believers, especially among young people today is “you do you,” relays Cole. How many times have you heard—in person or the media—someone say “just do you,” “be yourself,” “keep doing you,” or “whatever makes you happy”… Do you see a common thread here? Autonomy and individualism seek to counter Christianity in today’s culture. Our kids need to be aware of what these things look like in society—how to recognize them and how to live differently. Either God is sovereign or the individual is sovereign…you can’t have both.

God did not create the world to be governed by our personal preferences; he created us to live under his rule. Why?—Because everything else is tainted by sin in this world. Jesus is the only true light in our dark world…and God alone is truly good. He would have been justified in wiping out all of humanity without a remnant. But despite all of our disgustingness and ridiculousness, God desires to make us good through his Son.

Kids need to understand that living a godly life is so much more than simply not committing what Christians view as "terrible sins." Just because you didn’t undergo a sex change, didn’t murder someone, didn’t cheat on your spouse etc. does not mean you get to be with God in eternity automatically. And those who have committed more prominently visible sins are no further from redemption than someone who is pridefu in their everyday lifel.  As Cole puts it, Adam and Eve were kicked out of the garden for eating forbidden fruit! It wasn’t the act itself, but the heart. He explains,

“The sin was not found in the wickedness of the deed itself, but in the essence of the act. Adam and Eve believed the lie of the serpent: you can be like God. In other words, you can be your own god and king. You don’t need God; you can live on your own terms and under your own authority.”

The Bible says sin originated with Adam and Eve out of their desire for human autonomy; therefore, all sin today, which we are all born into and need saving from, stems from human autonomy. It might look different throughout various times and cultures, but it’s all the same…human autonomy seeking to rule the world and more importantly our hearts.

Cole expresses that though there may be a temptation to demonize secular society and non-Christian culture, we as Christians need to remember that it’s not a “them” issue but an “us” issue.  When we don’t walk in the Spirit, we trust our individualism over God, says Cole.

Here are three simple steps I’ve summarized from Cole to help your kids understand the lies of world on a basic level:

1. When you come across messages and ethics that conflict with Scripture, point out to your kids how these thoughts and actions demonstrate a confidence in human autonomy vs. God’s sovereignty. It won’t take you long to find an example in commercials, music, movies, or politics.

2. Teach them that God’s laws are designed to help us identify society’s lies. God’s laws point to someone greater ruling over our lives, whereas society’s claims only point to the self as the ruler.

3. Teach them that God’s grace, not works (as important as they are), is our only means of humility and hope. The gospel puts us all on a level playing field—we are all guilty of sin and in need of redemption. Only God’s grace can restore our relationship with him.

To read Cole's article in its entirety please visit rootedministry.com.

Christians are called to depend on God throughout everything in life, the ups and the downs, not self. If you’re relying on yourself, you’re not relying on God.

"While I fully believe in building our children up, there is a natural way to do so that doesn’t constantly throw insincere compliments their way in hopes of not harming their fragile egos.

Most kids today need to toughen up. It’s good for them to fail (and learn how to regroup afterwards). Constantly telling your child how wonderful they are creates nothing but overinflated (and undeserved) egos and entitled attitudes towards life. Their self-esteem should come from their exploration of their natural gifts as well as from their failures that they overcome."

“Because of the privilege and authority God has given me, I give each of you this warning: Don’t think you are better than you really are. Be honest in your evaluation of yourselves, measuring yourselves by the faith God has given us.” (Romans 12:3)

Related articles:
10 Lies the World Will Tell You about Parenting
10 Lies of the World You Should Watch Out For