The Beautiful Thing I Didn't Realize about Being a Daughter

The Beautiful Thing I Didn't Realize about Being a Daughter 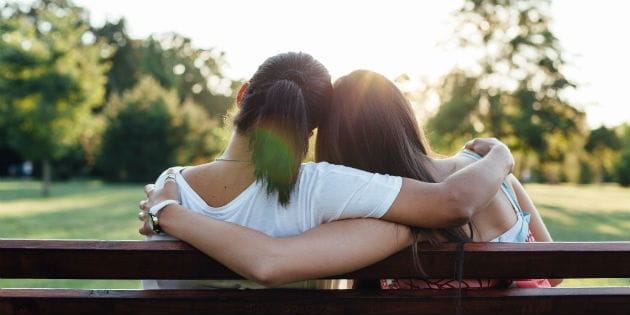 When people ask me about myself, I usually rattle off a list of things: I’m a writer, an editor, a Christian, a college graduate of a great school, etc. I talk a lot about my work, my volunteer roles, the different groups I’m involved in, and basically just share a lot about what I do and what I’ve done. It’s easy to think about who I am in these terms-- the long list of accomplishments helps me feel like I’ve earned my place in whatever circle I’m in, and the labels help create places where I feel like I belong.

A title I rarely use to describe myself, though, is daughter.

I am a daughter, I know that, and I love that. I have two parents who are still happily married and they raised me up well, and I have been in church long enough to know I’m a daughter of God too, but still “daughter” isn’t a title I tend to think about often. It’s not that I’m not proud to be the daughter of my mom and dad, or that I don’t love my family or my faith, but I’ve found it isn’t often at the top of the list of qualifiers I use for myself.

I recently came across Joel Littlefield’s article “You Are Simply His Son” on The Gospel Project Blog, and loved the story he shared about his family’s adoption experience.

After many years of growing their family and raising children, Littlefield and his wife adopted a three-and-a-half-year-old daughter last fall and are still awaiting the final steps of that process.

“Some time ago my wife and I read a book that laid out the hardships and the joys that come with adoption, not only during the process, but afterwards too. In the book, the author shared about the finalization day and standing before the judge. The judge said to this family that the boy they were about to adopt was no longer a foster child, nor even an adopted one. He was their son, with no additional qualifier. As such, he was entitled to all the same rights and benefits and affection as any biological child.

Reading this opened my mind to a spiritual truth I had never fully realized. It helped me to read the Scriptures in a new light, and see Jesus and His work on the cross a little more clearly. One of those is Ephesians 1:5–6: ‘He predestined us to be adopted as sons through Jesus Christ for himself, according to the good pleasure of his will, to the praise of his glorious grace that he lavished on us in the Beloved One.’”

Once that child is adopted, they instantly become a son or daughter, no other action is necessary. They don’t have to prove that they belong in the family, they don’t have to latch on to labels to show that they are valuable, they don’t have to accomplish anything for them to be wanted and loved. They are a child of their parents simply because they are. The same is true for children who are born directly into a family as well -- we are sons and daughters from the very beginning, even when we have done nothing to earn it or deserve it. What a gift that is.

Maybe that’s why I’ve rarely claimed “daughter” as a title for myself -- it’s just who I am, and I didn’t have to do anything to earn it. I love to tell people about the things I’ve done and the things I’ve accomplished, but it’s a lot more humbling (and a lot more beautiful) to acknowledge what is true simply because of what someone else did for me. My parents gave me life and I instantly became “daughter” even though I had done nothing to earn that love and that place in the family.

How much more true is that when it comes to my Heavenly Father?

I’ve done nothing to deserve a place in his heart and in heaven as a daughter of the King, yet he calls me child simply because of his great love for me and his desire to be in that intimate relationship with me for all of life and all of eternity.

“It is a profound theological truth about what God has actually done for us in the death and resurrection of Jesus,” writes Littlefield. “He has made us His children. … He desired to be an adoptive Father to an untold multitude of sons and daughters-- people who, at one time, were not His children at all. Through Jesus’ death and resurrection, all who believe in Him are God’s children.”

I’m struck by the realization that this is my true identity in Christ.

I’m humbled by the great gift that it is to be called daughter-- to be beloved by the ones who have given me life on this earth, and by the Creator who knit me together in my mother’s womb. I’m humbled by the cross, that Jesus would die and rise again to make a way for me to be close to my Father forever, because he loves me that much. I’m humbled by the truth that I can never and will never earn this wonderful gift of being a daughter of the King, but that it is bestowed on me simply because of God’s graciousness toward me and his abundant love for me.

This is true for you too-- whatever titles you cling to, whatever accomplishments you proudly proclaim, know that in Jesus, you, too, are a son or daughter of the Father who loves you wildly just because you are.

Rachel Dawson is the design editor for Crosswalk.com