The Church in America Isn't Dying, It's Changing

The Church in America Isn't Dying, It's Changing 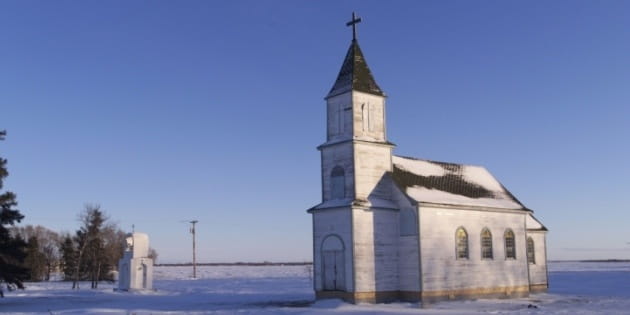 “It is beginning to cost something to be a Christian in America—not as much as in many places in the world or in much of history, but more than it used to. As living for Christ costs more in our culture, it will mean… Christianity will become more of a minority in culture, but [we will see] more refined, more biblical, and more missional churches… A counter-cultural church that faithfully adheres to Scripture and proclaims the gospel in a carefully considered way… will offer real hope in the midst of an adversarial culture, and is the only real future for the American church.”

So concludes Ed Stetzer in a recent post, “Mission Trends: 4 Trends for Churches to Consider.” Stetzer’s analysis offers a seasoned, nuanced, and biblical response to the shifting currents in American culture. It's a welcome contrast to the knee-jerk “change or die” reactions that seem to have dominated the 'how-should-we-do-church-now' conversation over the past 30 years or so. Rob Bell, for example, is the product of such fear-of-man-based thinking that goes: "We'd better stop being so exclusive and shift along with the culture or everybody will leave the church."

Stetzer sees four trends that will become increasingly important in the days to come:

1.     The Word "Christian" Will Become Less Used and More Clear - Stetzer identifies 3 types of people who currently see themselves as Christian:
(1) Cultural Christians (as in, "I'm not atheist, Jewish, Muslim, or any other religion, but since I'm an American, that must mean I'm a Christian, right?"), (2) Congregational Christians, and (3) Convictional Christians (See his article for further explanation of these.)

2.     The Nominals Will Increasingly become Nones - that is, those who are currently Christian "in name only" but who do not demonstrate any life change or ongoing commitment will stop self-identifying as Christians.

3.     Christians Will Increasingly Change Cultural Tactics. - instead of advocating for the legislation of traditional values, they will focus more on protecting religious liberty.

4.     More Robust Churches will Result from the Death of Nominalism. - churches preaching the gospel and focusing on biblical truths are going to become more clearly distinct from the culture around them, and robust Christian communities will get stronger.

What do you think? Do you see the church dying or is it changing in your community?

Alex Crain is the editor for Christianity.com