The Importance of Black History Month to Christians

The Importance of Black History Month to Christians 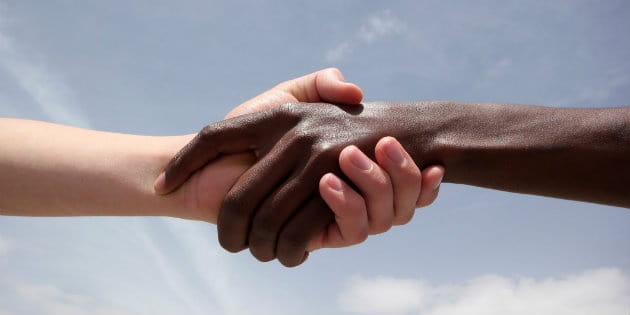 When I was in the fifth grade, I became one of several children assigned to the class of Mrs. Janet Williams. Mrs. Williams was a remarkable teacher with a passion for history. She taught us about the founding of the United States, recited speeches given by men such as Patrick Henry, and made sure we could name at least ten American presidents (For the record: Washington, Adams, Jefferson, Madison, Monroe, Quincy Adams , Jackson, and Van Buren *Whew*). Unlike many teachers though, Mrs. Williams didn’t gloss over America’s divisive past. In particular, she wanted her students to know the history of the Civil Rights movement.

Over time, we learned about extraordinary heroes like Rosa Parks, Ruby Bridges, and The Little Rock Nine. To a child, these battles over racial equality felt like something out of the distant past, hundreds of year old. It never occurred to me that, as an elderly African American woman, Mrs. Williams must have witnessed these events firsthand. It also wasn’t until much later that I discovered Civil Rights was not a settled matter, but an ongoing process. This February marks the beginning of Black History Month, and perhaps now more than ever it is important for Christians to step forward and observe it.

2016 was a turbulent year to say the least, and Black History Month offers us an opportunity to reflect and search out our better angels. Over at the DesiringGod blog, David Mathis remarks how important it is for believers to look back on the past, especially given the tumultuous changes facing our country today. He writes,

“As a white Christian in America, I have wrestled with what it means to orient on Black History Month. I remember well my unsympathetic heart as a teenager growing up in the South — not only uninformed, but unrighteous — leading me to roll my eyes and say, ‘So, when’s White History Month?’ Such is not the spirit of Christ, nor is it walking by his Spirit to suspect the worst of non-blacks who rush to join the annual celebration. Nor is it Christian — not in this nation or any other place on the planet — to keep silent with our children about the realities of ethnicity in view of Christ. If we don’t cast a positive vision for our children about the glories of God-designed ethnic diversity, we leave their inherent ethnocentrism to swell and take root.”

History is important. By looking at the past we chart the way for our future. The United States may have been founded on the principles of freedom and democracy, but we cannot ignore the darker chapters in our story. Black History Month is more than a celebration of the many accomplishments made by African-Americans, it’s a reminder of where we as a country have been and where we hope to go. Mathis ends his post by stating,

“Black History Month isn’t simply about ethnic diversity in general, but remembering the horrors of our shared history and celebrating the progress that has been made, in God’s common kindness, and specifically the many successes of black Americans despite such a history. Christians honor this month, at least in part, because it helps us understand the awful plight of a people made in God’s image, many of them fellow believers, and acknowledges God’s goodness at work in remarkable achievements…in and through a people who often have been treated with utter wickedness.”

Right now, there is a lot of anger in America. People are divided down political, religious, and even racial lines. Yet God has commanded us to put aside our prejudices and look on one another with His eyes. We are all the sons and daughters of God, and in Christ, we are a family (Galatians 3:28). So let us celebrate Black History Month by remembering what so many of our brothers and sisters have fought for, and work together to build a better future.