Unicorns in the Bible? One Expert Says That's Not a Joke

Unicorns in the Bible? One Expert Says That's Not a Joke 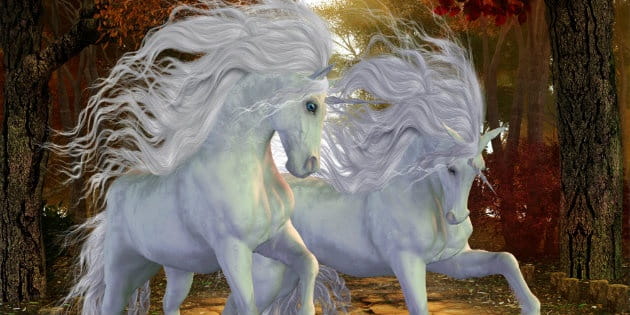 The Bible is full of strange and unusual stories. An old man builds a giant boat, and brings on two of every animal to save them from a flood. A former prince returns from exile, and leads his people into the wilderness for forty years, surviving on nothing but manna. The God of the universe, of everything that ever was or will be, steps down from his heavenly throne to become a human child. Scripture certainly doesn’t lack for extraordinary stories, but a recent claim from creationist Elizabeth Mitchell might just be stretching things too far.

According to a recent news piece by Tom Boggioni, Mitchell is arguing that the mythical beast known as a unicorn was not only real, but biblical. Boggioni writes,

“According to Mitchell, there are multiple references to the unicorn in the Bible, including Job 39:9 (‘Will the unicorn be willing to serve thee, or abide by thy crib?’) and Isaiah 34:7 (‘And the unicorns shall come down with them, and the bullocks with the bulls; and their land shall be soaked with blood, and their dust made fat with fatness’).”

This statement will no doubt leave a few Christians with raised eyebrows. Thankfully, Mitchell clarifies her statement before anyone has a chance to don chainmail and ride off to slay dragons.

“Mitchell does concede that the unicorn portrayed in popular fantasy as a silken-maned graceful one-horned horse often accompanied by rainbows may have actually been a type of wild ox known as an auroch.”

“‘The aurochs’s horns were symmetrical and often appeared as one in profile, as can be seen on Ashurnasirpal II’s palace relief and Esarhaddon’s stone prism,’ she wrote.”

“Mitchell concludes by writing, ‘The unicorn mentioned in the Bible was a powerful animal possessing one or two strong horns—not the fantasy animal that has been popularized in movies and books. Whatever it was, it is now likely extinct like many other animals. To think of the biblical unicorn as a fantasy animal is to demean God’s Word, which is true in every detail.’”

Mitchell’s research will probably leave most readers rolling their eyes, but it may not be as ridiculous as it seems. After all, most ancient cultures couldn’t believe an animal like the giraffe existed until they saw it with their own eyes. For ages scholars thought the earth was the center of the universe, until we learned otherwise. Until the Wright brothers came along, mankind only flew in stories. So many things in the Bible seem impossible, but that doesn’t mean they’re not true.

Being a Christian means living by faith, while striving to understand all aspects of God’s creation. And since God can never be completely known, who knows what impossible things we’ll discover?

What about you? Do you think unicorns may have existed at some point or in some form? Leave your thoughts below.