What Christians Can Learn from Exodus: Gods and Kings

What Christians Can Learn from Exodus: Gods and Kings 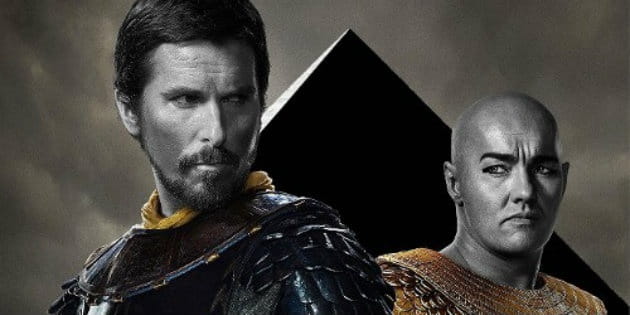 It’s been said before that 2014 was Hollywood’s “Year of the Bible”. Between the visually stunning Noah, the crowd-pleasing God’s Not Dead, and a number of faith-infused movies like When the Game Stands Tall, Christianity has certainly enjoyed a new level of creative publicity. The latest entry, Exodus: Gods and Kings, was probably hoping to end the year on a high note. This biblically-inspired epic about the life of Moses was directed by Ridley Scott, starred veteran actors like Christian Bale, Ben Kingsley, and Sigourney Weaver, and carried a hefty $140 million budget. Sadly, instead of serving as 2014’s grand finale, Gods and Kings has become something of a cautionary tale.

Recent projections from FoxNews indicate that, despite a strong start in the box office, Gods and Kings may become a financial failure,

“The biblical epic picked up $24.5 million from 3,503 locations. That was in line with projections, but bringing the story of Moses to life carried a hefty $140 million price tag. The 20th Century Fox production will need to perform well overseas and will have to build an audience stateside if it’s going to be profitable.”

“Its opening also fell short of other religious themed films such as ‘Noah’ ($43.7 million) and ‘The Passion of the Christ’ ($83.8 million). One thing working in ‘Exodus' favor is that films that open in December have a longer runway. The Christmas holidays means that many moviegoers are on vacation, allowing films that debut softly to stick around longer than they might in other times of the year.”

One would think that of all the Biblical tales to become a movie, the life of Moses would be the simplest to produce. It’s a compelling story with many powerful moments between God and Moses, but this is apparently lost on Gods and Kings. The film’s heavy revision of the Bible instantly alienates its target audience, religious viewers. Not to mention its inaccurate take on Egyptian culture, combined with accusations of racism, won’t be doing the film any favors. Crosswalk’s own Jeffrey Huston put it rather well in his own review by stating,

“Early on, it seems the worst license Scott will take is to turn Exodus into Braveheart and Moses into William Wallace, a liberty most Christians would likely forgive and even possibly cheer. Unfortunately, that’s just a first step toward crafting a tale so revisionist that its one overarching theme is to question if the Bible’s supernatural accounts actually have natural explanations, which then ultimately calls into question if Moses was ever even in his right mind to begin with. Worse yet, the film’s greatest sin ends up being how monumentally dull it all is.”

In the end, the lesson Christian viewers can take away from Gods and Kings is that not all Biblical movies are created equal. A number Christian films will sacrifice quality for the sake of narrative, but that sword can cut both ways. Exodus: Gods and Kings has all the trappings of a million dollar movie but none of the substance. The film sacrifices its Biblical origins to depict a world that will have even non-believers raising their eyebrows. One can only hope that Hollywood gets the message: Don’t try to fix something that isn’t broken.

What are your thoughts on Exodus: Gods and Kings? To read more on movies and watch the Crosswalk Video Review, just click here.