What Happens When America is No Longer a ‘Christian Nation’?

What Happens When America is No Longer a ‘Christian Nation’? 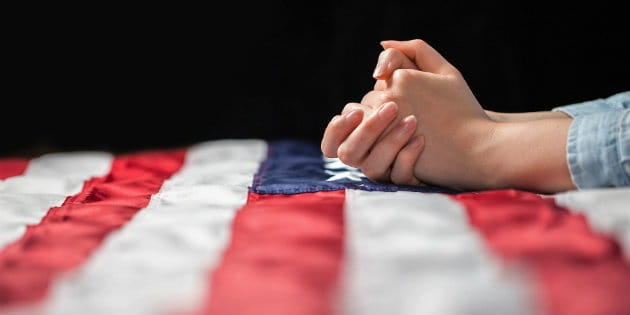 “Have I not commanded you? Be strong and courageous. Do not be afraid; do not be discouraged, for the LORD your God will be with you wherever you go.” – Joshua 1:9

Most Christians will recognize this popular verse, but not many understand the context in which it was given. In the beginning of Joshua, the people of Israel were facing an uncertain future. Their oldest leader was dead, Joshua had taken command, and after decades of wandering, they were being called to take possession of a strange, new territory. Can you imagine the fear and doubt that must have gnawed at them? Yet, despite everything, God commanded his people to be “strong and courageous”.

Right now, American Christians are probably facing similar worries. Not only are we in the middle of a contentious election, but we’ve also seen a noticeable drop in our numbers and influence. After years of proclaiming America a “Christian Nation”, we’re forced to accept this may not always be so. Over at Relevant Magazine, Drew Griffin has some wise words for believers concerned about the direction of our nation. He writes,

We should respond with righteous faithfulness.

“The Bible consistently informs its readers as to their role in this world. We are to be a holy nation, a people of God’s own choosing, called to proclaim the excellencies of Him who called us out of darkness and into His marvelous light. (1 Peter 2:9) We proclaim the excellence of His love, truth and grace back into the darkness from which we came.”

“Our confidence is in One who was born in a manger, crucified by a crowd and raised by the power of God. He’s the one who orders all creation for His glory.”

Griffin certainly makes a good point. American Christians have always demonstrated a troubling ability to turn patriotism into idolatry. We may confess our allegiance to Christ, but too often the cross is accompanied by an American flag and political ideology. To be clear, having pride in one’s country is by no means a bad thing. However, when we build our theology on the success of an earthly nation, we shouldn’t be surprised when it eventually crumbles.

Christians need to remember that our true citizenship is to the Kingdom of God. Yes, these can be dark days for believers, but like Joshua and the people of Isreal, we know our God is with us. Now is not the time for rage and remonstration, but holiness and faithfulness. The Israelites did not know what awaited them in the Promised Land, they only knew that God had commanded them to be strong and courageous. Whatever may become of The United States, the Lord God will be with his followers wherever they go.

*What about you? What are your thoughts on America and our status as a Christian nation? Be sure to leave a comment in the section below!