What the Unbroken Movie Left Out about Louis Zamperini

What the Unbroken Movie Left Out about Louis Zamperini 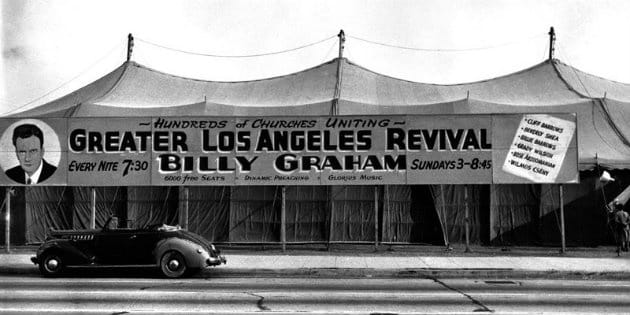 On the heels of Angelina Jolie’s feature film Unbroken, The Billy Graham Evangelistic Association has produced a documentary on the life of Louis Zamperini entitled Captured by Grace, partially narrated by Zamperini himself. (You can watch it here).

While many have praised Unbroken, which released on Christmas Day, much of Zamperini’s story was left out of the Hollywood edition. Crosswalk’s movie reviewer Christian Hamaker had this to say:

“The film adaptation of Unbroken, directed by Angelina Jolie, is an effective recreation and evocation of the Hillenbrand novel—up to a point. But it stops just short of where the book becomes most interesting, boiling down Zamperini's post-captivity life to a couple of title cards in the film's closing moments. That choice will be a bitter disappointment to many Christian fans of the book, yet it's hard to find major fault with what Jolie and the screenwriters have retained from Hillenbrand’s book. The film is an effective adaptation as far as it goes. But its choice to leave out the heart of Zamperini’s faith journey means that the film excises much of what made the book great.”

Captured by Grace, however, delves into much of Zamperini’s faith and transformation in a way that moviegoers watching Unbroken didn’t have the chance to see. Among other topics, it tackles Zamperini’s post-war battle with depression, marital troubles, alcoholism, and his encounter with evangelist Billy Graham. According to Denny Burk,

“The documentary focuses on Zamperini’s post-war conversion—the part of Zamperini’s life that was not covered in the recent movie Unbroken, directed by Angelina Jolie.”

Christian Headlines featured a Cathy Lynn Grossman article earlier in December, called Billy Graham, Louis Zamperini and the Two Nights in 1949 that Changed Their Lives. As in the new documentary, Grossman discusses the week of Graham crusades which had such an impact on Zamperini’s life.

“’No ritual. No liturgy. No paperwork. Graham speaks the gospel, and invades the listeners’ minds to strip away their old ways of understanding and experience. He adds their life up anew and asks them to tell their life stories from now on in gospel terms.’

On the night of Oct. 23, Zamperini heard Graham say: ‘If you suffer, I’ll give you the grace to go forward.’

[Author Laura] Hillenbrand, drawing on more than 70 interviews with Zamperini for ‘Unbroken,’ tells how he recalled all the miraculous moments when his body might have broken and yet did not.

But on that night, Zamperini’s broken soul was touched. He walked down the sawdust aisle toward the Graham.

Over the next six decades, hundreds of thousands heard those words and did the same.

‘God has spoken to you,’ Graham said then, and ever after. ‘You come on.’”

Are you curious to learn more about Zamperini or the Unbroken film? You can purchase Laura Hildebrant’s novel Unbroken here, watch Crosswalk’s video movie review of Unbroken, and explore the topic on ChristianHeadlines.com.

Debbie Holloway is the Family Life Editor at Crosswalk.com.