What You Probably Don’t Know about "The Least of These"

What You Probably Don’t Know about "The Least of These" 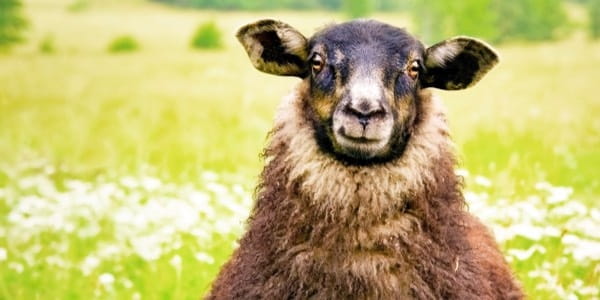 When we study Scripture, we can easily fall into the “chapter-chasm” trap. In other words, those chapter numbers and section headings make it quick work to find something, but they often make us blind to arguments and thoughts that run throughout several chapters or even an entire book.

Does that mean studying only a chapter is fruitless? Not at all. Any study of God’s Word is worthwhile. But it does mean that we need to be careful to examine the threads that weave their way through the whole. Otherwise, we may end up missing something important.

In fact, Andy Horvath in an article on Christianity Today believes that many Christians have done just that by missing the true identity of the “least of these” in Matthew 25:40, where Jesus speaks of separating the sheep from the goats. This is often waved as a banner verse for caring for the poor and marginalized, but is that what’s really happening here?

“That question might seem trivial, but its importance can hardly be overstated. After all, Jesus ties our eternal destiny to how we treat ‘the least of these brothers of mine.’ In the broader context of the passage (Matt. 25:31–46), the sheep and goats represent salvation criteria—who is in and who is out. It’s a stark picture, with the only outcomes being salvation or damnation. In a breathtaking scene, the Son of Man sits on a heavenly throne surrounded by angels and renders his verdict: ‘Then they will go away to eternal punishment, but the righteous to eternal life’ (v. 46). One’s eternal security is tied to caring for ‘the least of these,’ whoever they are.”

So, who exactly are these “least of these”? Horvath lays out three options:

Could Jesus be talking about His countrymen? Does He mean that our salvation depends upon how we treat the Jews? According to Horvath, this couldn’t be the right application:

“Problems abound with this option. Jesus never refers elsewhere to the Jews as his brothers. Further, scholars debate whether the modern state of Israel can be equated with the biblical people of God. And there’s no suggestion anywhere in the New Testament that caring for Jewish people is required for salvation.”

This option is probably the most popular among champions of social justice. After all, the poor and mistreated in a society are often those who are hungry, thirsty, and in prison. But this, too, has some major issues:

“However, this option runs into the same problems that the first one does. For one, it doesn’t adequately account for the meaning of ‘brothers of mine.’ Also, caring for the hungry, thirsty, homeless, naked, sick, and imprisoned isn’t taught elsewhere in the New Testament as the measuring stick for salvation. Can we really affirm that what ultimately matters is caring for the poor, not faith in Jesus?”

After dismissing the first two options, Horvath zeroes in on another group: the disciples who were and would be carrying the gospel message. Jesus had already sent them out in Matthew 10 with only what they had on them. They depended entirely upon the hospitality of those who took them in and received the message they had from Christ:

“The third option not only has more biblical warrant, but also avoids placing unseemly tension between Jesus and Paul regarding salvation. If ‘the least of these’ are the Jews or the poor, then according to Jesus, individual salvation depends on works. It’s difficult, therefore, to reconcile those readings of Matthew 25 with Paul’s teaching: that we are saved by God's grace, through faith, not by anything we do (Eph. 2:8–9).

“However, if ‘the least of these’ are Jesus’ messengers, then one’s salvation is dependent upon his or her response to the proclamation of the gospel, which accords with Paul’s teaching….”

A recent segment of Bible Study Minute also discussed the challenges presented by chapter and verse numbers and how to make sure we’re understanding the context:

BibleStudyMinute.com: The Problem with Verse and Chapter Numbers from biblestudyminute on GodTube.