When Your White Daughter Brings Home a Black Husband

When Your White Daughter Brings Home a Black Husband 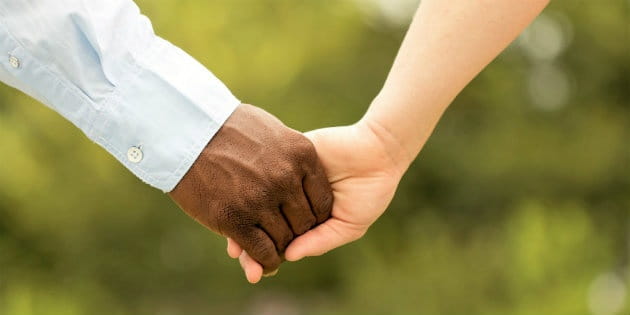 Though I’m not a parent myself, I’ve come to believe there are certain dreams every parent has for their children. Every father wants to see their son score that winning goal or touchdown, while mothers hope to witness their daughter grow in beauty, virtue, and grace. Above all, parents fret and plan the day their child brings home that special someone they can call husband or wife. I think it’s in the nature of parents to store up these things in their heart. Life, however, is unpredictable. So what happens when that special spouse happens to be from a different race?

“It wasn’t long ago that interracial marriage—particularly a black man like Glenn marrying a white girl like Anna—was considered the ultimate taboo in American white society. (In fact, it was illegal in 16 states until 1967, when the Supreme Court ruled in Loving v. Virginia that race-based restrictions violated the Constitution’s Equal Protection Clause. Hence the film releasing this fall, Loving.) Though I never shared this prejudice, I never expected the issue to enter my life.”

Regretfully, much prejudice still surrounds couples like Glenn and Anna, even within the church. Clark has offered several insights for parents to remember when faced with interracial marriage, and if it’s not too presumptuous, I’d like to add one of my own. She begins with,

All ethnicities are made in the image of God, have one ancestor, and can trace their roots to the same parents, Adam and Eve. As you pray for your daughter to choose well, pray for your eyes to see clearly, too. Glenn moved from being a black man to beloved son when I saw his true identity as an image bearer of God, a brother in Christ, and a fellow heir to God’s promises.

As Anna and Glenn stood before our pastor and joined their two lives into one, I realized their union was a foretaste of a glory yet to come: “After this I looked, and behold, a great multitude that no one could number, from every nation, from all tribes and peoples and languages, standing before the throne and before the Lamb, clothed in white robes” (Rev. 7:9).

This past weekend I actually happened to witness an interracial marriage. As the couple ascended some stairs to take their wedding photos, they were stopped by a broken pipe, which had flooded a portion of the steps. Within a moment, the groom had stripped off his jacket and carried his laughing wife over the water. The couple kissed, and the surrounding watchers clapped and cheered. It was a beautiful scene, one which reminded me of 1 Corinthians 13:4-8, which tells us love “rejoices in truth” and “always protects, always trusts, always hopes, always perseveres.”

These are the deeper wonders our faith is built around, virtues that are not constrained by aspects of race or ethnicity. God made them a part of us all, and it is with these we can truly see each other as adopted sons and daughters of the Father.

It is distressing to know that even today, interracial marriage can be a contentious issue. Still, as believers in Christ, we must remember that God has commanded us to put to death the evils of racism and prejudice. What truly matters is that a spouse loves God, and seeks model that love through the blessing of marriage. When we find that, all other troubles will melt away.