Why are So Many Former Atheists Coming to Christ?

Why are So Many Former Atheists Coming to Christ? 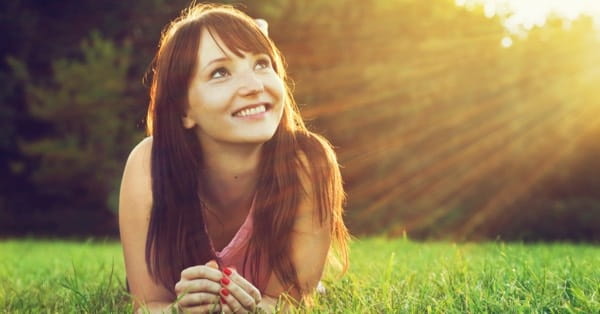 Usually, I only see them when we move. As I’m ripping open box after box of books and propping up worn and dog-eared volumes on the shelves, I come across them like some sort of sweaty prize. They don’t look like much on the outside—just scuffed up, spiral-bound notebooks in black and blue—and you might think they deserve a quick jog to the trash.

But I can’t throw them out. They weigh too much—not in mass, but in memory.

The inside isn’t much better than outside. The paper has more scribble marks and abandoned pages than finalized poems, but each one serves as a time capsule. Here you’ll see why life stinks; there you’ll see why Noah’s flood had to be mere fantasy; on that page you’ll find an ode to meaningless existence; the next contains a curse upon the billions of years of evolution that ruined humanity.

I read them now not to revel in such “lovely” themes, but to remind myself that the past is real. God answered the prayers of several Christians, and He dug an atheist like that out of the pit. He transformed a mind that had convinced itself that the Bible was completely false and “science” was right. How do I know? I know because that atheist was me.

So, you could say that I have a vested interest in seeing many other atheists follow the same trajectory. And when they do, I realize the truth that no one is so far beyond help that they cannot see the light of Christ.

That’s the story with Steve Tillman, too. Tillman used to run a nonprofit called Atheists of Northern Indiana and hosted an Internet show bashing Christians, but he closed it all down several months ago. Why? He came to realize how much he’d been suppressing the truth about God existing and cried out the Jesus for forgiveness. Not long after he had a dream of Jesus forgiving him.

According to Tillman, he realized how much power there was in the prayers of his believing wife. She never gave up on his salvation. And if you listen to him now, he sounds like an evangelist:

If that doesn’t encourage you, then make sure you listen to Kristin’s testimony. As an atheist, she hated Christians and thought they were evil. But her friend just wouldn’t stop praying:

Former Atheist’s Testimony Will Restore Your Faith In God from videosforyouth on GodTube.

As a former atheist, here’s what I would say to you:

God says that He wants all to come to repentance. If you pray for your unbelieving friend, God delights in answering your prayers because it aligns with His Word. Pray knowing that lives are being changed.

2. Love your atheist and agnostic friends with sincere passion.

This presupposes that you have friends who don’t know God (and I can assure you that some people around you don’t). They need to see that you love them for who they are as humans made in God’s image—not because they agree with you. Sure, they’ll make you mad. But out-love them.

Many atheists will study enough Scripture to attack the parts they don’t like. Make sure that you know your Bible well so that you can see when things are taken out of context or to answer common skeptical attacks. You can find tons of resources out there. If you don’t have an answer, promise to get back with them—and then do. Answering these questions will also strengthen your own faith.

Yes, we should be urgent about sharing the gospel because the time of Christ’s return is nearer now than ever, but as these testimonies show, transformation can take time. Longterm love can be huge because you don’t know what past hurts may have led a person to reject God. Working those out can be slow and painful.

You can’t save them. No matter how much you know or do, salvation comes through faith in Christ. You can’t give them a new heart or force them to repent. Do all that you can—while keeping in mind that God is the one who saves.

What about you? Do you know an atheist/agnostic who came to faith in Christ? What advice or encouragement do you have for those who have an unbelieving friend or spouse?