Why God Does Not Want You to be a World-Changer

Why God Does Not Want You to be a World-Changer 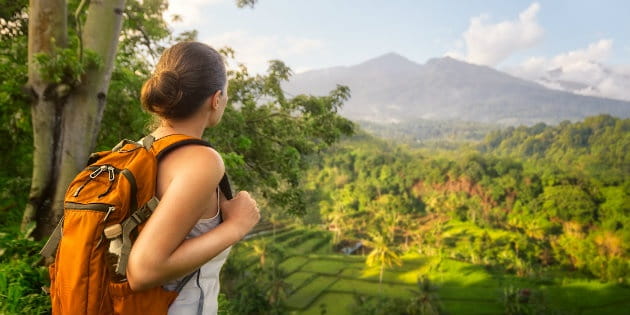 It’s easy to think or say, “I want to change the world for God” and really mean it. I remember feeling this sentiment in college. But sometimes we confuse following God with doing things for God. In reality, we cannot change anything for God, but we can follow God—walking alongside Him as He presents us with opportunities to carry out gospel work for His glory, most of which there is no earthly recognition for.

Michelle Van Loon, writer for ChristianityToday.com, has written an article titled Why I’m Not a World-Changer. She states,

“For years, I moved in Christian circles where young people were coached into adulthood with motivational victory-speak that called on them to do great things for God. Even now this sentiment can be found in every corner of the evangelical world: Christian colleges, discipleship programs, and among both conservative and more progressive streams of our movement. …And how many well-meaning youth pastors echo that call with the kids in their youth group?”

Many young people today feel like their jobs aren’t enough. Instead of seeing the place where we are as an opportunity to take part in gospel work, we think we need to do something bigger and better that when other Christians hear about it they give us a proverbial pat on the back. How do we react when someone says I’m at barista at a well-known coffee shop vs. I’m a missionary on the field in an undisclosed location? Cant’ both of these jobs be done to God’s glory, can’t both of these jobs provide opportunities for relationship building and sharing the gospel? The key difference is that one seems more “glamorous” in Christian circles than the other; one seems to make people think you’re doing more.

“Some of this ‘world-changer’ rhetoric emerges from the way in which we speak about vocation in our churches. Although many pastors and speakers claim to celebrate the ‘priesthood of all believers’ by telling young people they can be a dog walker, barista, or brain surgeon to the glory of God, they often communicate a not-so-subtle hierarchy of what’s really valuable in the church. Missionaries rank at the top, followed by pastors, staffers at churches and ministries, and social/spiritual entrepreneurs who seek the community’s good with a specifically Christian orientation. Those lower on the hierarchy who don’t pursue vocational ministry are often called upon to supplement their ‘secular’ employment by doing more valuable work—like sacrificially serving the congregation during their off-work hours and/or giving generously of their finances.”

Van Loon also expresses that young people are the most prone to the ‘world-changer’ rhetoric because they are at a stage in life where they are making decisions about what to study, where to work, etc. But the result for most people trying to live up to this standard is that they burn out and simply become confused with what to do with their life.

Blogger and Crosswalk.com Contributor Matt Moore, remembers being told that a man with his scandalous testimony and communication skills was sure to follow in the footsteps of “spiritual giants” like C. S. Lewis. He writes,

“Though it was masked by spiritual language, self-promotional ideology was abundantly present in the Christian circles I ran in. There was more talk about networking and platform-enlarging strategies than there was about Jesus and his gospel. Though no one would have admitted it, the mentality was that your success as a Christian is determined by the effectiveness of your ministry, and the effectiveness of your ministry is determined by the scope of your influence.

In the economy of God, being used in ‘big’ or ‘amazing’ ways isn’t measured by how many Twitter followers you have or how many people show up to your bible study. Christians do big and amazing things when they 1) simply do what God has called them to do—even if it seems mundane, and 2) stick to the true substance of Christian ministry: Jesus and his gospel. You may not impact the world for Jesus, but you will certainly be used by God to impact your little world for Jesus. And that has more weight and glory than your mind has the capability to fathom.”

Oh how we love to compare ourselves to other Christians…sometimes we feel bad about ourselves like we’re not doing enough, and other times we feel better than others taking pride in our works or behavior. Even the disciples struggled with this when they asked Jesus who would be the greatest among them in Luke 9 and 22.

Only God can change the world. In our desire to serve and be faithful, let’s strive to: 1. Walk humbly with God following His lead and 2. Love others as God loves us, sharing His good news with any and all who will listen.

Related article:
God May Not Want You to be a “World-Changer”