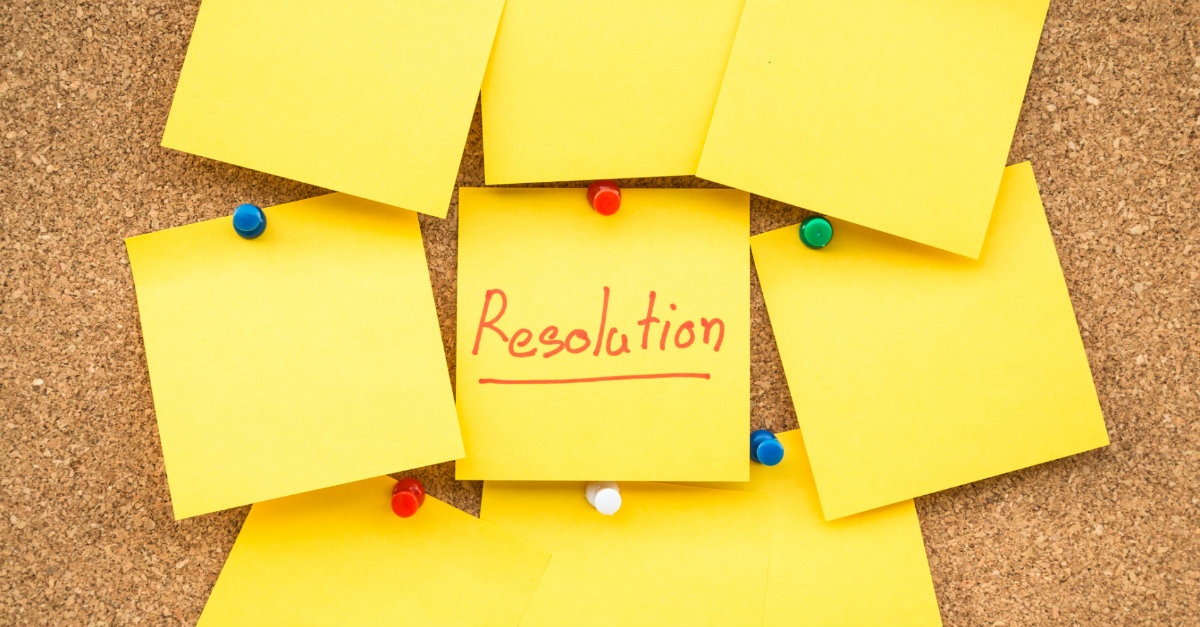 About 45 percent of Americans usually make New Year’s resolutions. The most common resolutions for 2015 were losing weight, getting organized and spending less money, according to Statistic Brain Research Institute. Less than half of these resolutions were kept past July.

It seems the odds of keeping New Year’s resolutions are not favorable. So why do we do it?

Most people can identify undesirable traits about themselves that they would like to change. Perhaps you know you are unhealthy, or self-centered, or demanding, or spend above your means. You would like to change this trait and become a better version of yourself. The New Year seems like the perfect opportunity to do so.

But as Joe Carter writes for The Gospel Coalition, a New Year’s resolution is probably not the best way to get results. Instead, he suggests making a new habit.

Habits are really what forms your character, though you are probably not aware of it.

As Carter writes, “A habit is a recurrent, often unconscious pattern of behavior acquired through frequent repetition. Habits, whether good or bad, are behavior or practices that have become so ingrained they are often done without conscious thought.”

Some habits are fairly dormant such as drinking water throughout the day or brushing your hair in the morning. Others influence your character and morals such as reading a devotional, spending time in prayer, or reading the Bible. Of course, there are habits that can harm morals and character as well, including excessive alcohol consumption, cursing or drug use.

Carter writes, “No one wakes up one day to find they’ve suddenly developed either an immoral or a godly character. It is through habits of rebelliousness against God that we become ‘slaves to sin’ and through habits of obedience and obeying from our heart the ‘pattern of teaching that has now claimed your allegiance’ that we become ‘slaves to righteousness.’ (Romans 6:15-18).”

Since our habits shape who we are, it is imperative to develop good ones.

A habit has three parts: the cue, routine and reward. To start a new habit, you must first establish the cue, or where and when the habit will be performed. For example, if you want to start reading the Bible, determine a time of day that will be most convenient for you. You will probably want to be at home in the morning for your Bible reading time.

The routine is completing the Bible reading itself.

Next is the reward, or system in place to give your brain satisfaction for completing the habit. Carter asserts that it will feel strange to reward yourself after following a good habit that provides benefits itself. But, for example, rewarding yourself with a cup of coffee after reading the Bible trains your brain to want to follow the habit again the next day.

Regardless of what habits you plan to establish in 2016, keep them centered in the Lord.

Kelly Balarie writes for Crosswalk.com, “...the truth is, without Christ, all resolutions will disintegrate. By ourselves, we will crack, chip and crumble. In our own strength, we'll build foundations of quicksand. Quicksand that will swallow up all our well-intentioned efforts.”

Without Christ, “...all resolutions will quake to the floor - and the only resolution that I will be left with is a resolution to clean up a mess of well-intentioned goals.”