Why No One Should be Surprised by #GiveElsaAGirlfriend

Why No One Should be Surprised by #GiveElsaAGirlfriend 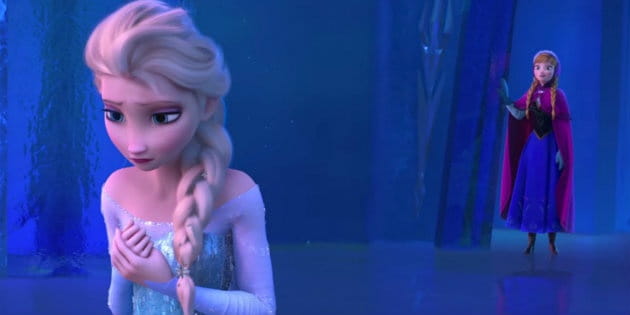 Tim Barnett, a speaker and writer for the website Stand to Reason, has written an article titled “Why #GiveElsaAGirlfriend Shouldn’t Surprise Anyone.” You have probably heard about the recent and viral hashtag on Twitter #GiveElsaAGirlfriend. @Disney was inundated with requests from Twitter users to give Elsa a girlfriend in the sequel to Frozen. The viral sensation started with an original tweet from Alexis Isabel, who has since given an interview to MTV news. Her tweet reads, “Dear @Disney, #GiveElsaAGirlfriend;” a cascade of similar tweets ensued from LGBT activists and Frozen fans urging Disney to create the first lesbian princess. These LGBT activists and agreeing Frozen fans believe that this will help normalize lesbian and gay relationships for children. Most Christians will disagree with this idea, but is this something we should be surprised at?

Barnett says that anyone who is surprised by this news “hasn’t been paying attention to what’s going on in the culture.” He offers three reasons why we shouldn’t be surprised at the attempt to make Elsa into a lesbian princess:

1. Hollywood has had openly gay characters in movies and TV for years.
Though it’s not as prevalent in movies as it is in TV, Barnett says

“It’s hard to find a show on TV that doesn’t have a gay character. It was only a matter of time before this kind of thing made its way to movies and TV shows for kids.”

From the culture’s standpoint, this is a normal progression and if it’s not Disney in the Frozen sequel it will be something else soon. Barnett writes,

“Some LGBT groups will not rest until their ideology is propagated in every area of education and media. If Jesus doesn’t come back first, it will come.”

2. The Devil seeks to suppress the guilt of sin by normalizing sin.
If you feel that most people are committing a sin and are agreeing with it, then it doesn’t seem so bad when you do it—and you no longer have to feel guilty about it because there’s really nothing that wrong with it is there? What’s the big deal, it’s normal. Barnett states,

It’s not a secret that the LGBT agenda is to normalize homosexual behavior for children, teens, and adults; they are open about wanting it to be a universally accepted moral norm. If most people think this is moral and normal, then those who disagree can be deemed immoral and intolerant.

3. This strategy is consistent with a relativistic culture.
Cultural relativism means that the culture decides what is right and wrong; so in order to change the culture’s moral opinion of something you have to get the culture to agree with you or change their mind to match yours. Barnett expresses,

“Many LGBT activists know this. In fact, they have devoted considerable effort to changing moral opinion through changing laws, modifying education curriculum, and influencing media. People who resist their agenda are ridiculed and called names like homophobe, bigot, and intolerant.”

This progression forward by the culture into LGBT morals and values is not surprising and will continue. Barnett concludes,

Would you let your child watch the Frozen sequel if Disney gave Elsa a girlfriend?

“Biblical Christianity is the final wall of resistance to the homosexual agenda. In the end, that resistance comes down to the Bible itself. Those working tirelessly for the normalization of homosexuality know that the Bible's clear and unambiguous opposition to all forms of homosexual behavior must be neutralized if they are to be fully successful. Their efforts to this end deserve our closest attention.”

Related articles:
Homosexuality and the Bible: Telling the Truth
What Should Christians be Teaching Their Kids about Gender?

Christianity.com: In the same-sex marriage debate, is there a caring, political solution that Christians can support? - Daniel Akin from christianitydotcom2 on GodTube.