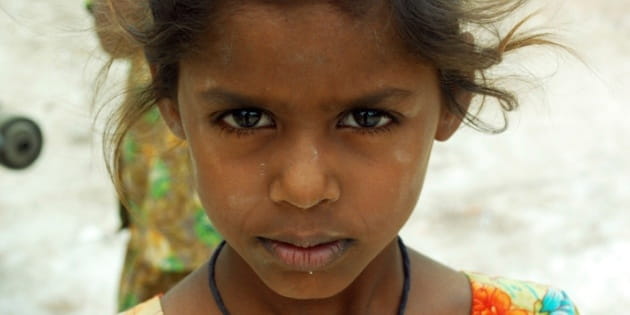 "We're not caving to some kind of pressure. We're not on some slippery slope. There is no lawsuit threatening us. There is no employee group lobbying us," said Stearns. "This is not us compromising," says Stearns. “It allows us to treat all of our employees the same way: abstinence outside of marriage, and fidelity within marriage."

But observers note that by this stance World Vision neatly avoids any pressure, law suits, or employee lobby that might have eventually come. Contrary to its stated desire to remain neutral on the issue, World Vision has taken a side in support of same-sex marriage, driving a wedge between Christians who are their donors, partners and employees.

Southern Seminary President, Al Mohler, commented: "It is ridiculous to argue that World Vision is not taking sides on the issue. The objective fact is that World Vision will now employ openly-gay employees involved in openly homosexual relationships. There is no rational sense in claiming that this represents neutrality."

Russell Moore (President of the Ethics & Religious Liberty Commission of the Southern Baptist Convention) commented on his blog:

“We’re entering an era where we will see who the evangelicals really are, and by that I mean those who believe in the gospel itself, in all of its truth and all of its grace. And many will shrink back. There are no riots if the gospel you’re preaching doesn’t threaten the silversmiths of the Temple of Artemis. And there are no clucking tongues if the gospel you’re preaching isn’t offered to tax collectors and temple prostitutes.”

On the one hand, Stearns denies that World Vision wants to guide Christians theologically but then he assigns the homosexual controversy to a category of secondary issues---such as whether one sprinkles or immerses at baptism. Such thinking, however, ignores the clarity with which Jesus Christ and the Apostles exclusively affirmed male-female marriage as God's design for His glory and for human flourishing.

Christian blogger and author, Trevin Wax, summed up why Evangelicals grieve over the impact this will have on children:

“…critics of the evangelical outcry toward World Vision will say, Get over it! Kids matter more than what men and women choose to do romantically!

Strangely enough, we agree. In fact, this is one of the main reasons we’re against redefining marriage. We believe kids matter more than gays and lesbians having romantic relationships enshrined as “marriage.”

Children are the ones who suffer when society says there’s no difference between a mom or a dad.

Children are the ones who suffer when a couple’s romantic interests outstrip a child’s healthy development, whether in no-fault easy divorce laws, or in the redefining of society’s central institution.”

Even as we face accusations of judgmentalism, one evangelical pastor, Doug Ponder, has observed that Bible-believing Christians must strive to be as gracious as we are clear when speaking about the same-sex controversy:

"Evangelicals are sometimes guilty of using unbiblical language when talking about sexuality. We say things like, “You can’t be gay and be a Christian,” which makes it sound like everyone who is tempted with same-sex desires is without hope of salvation. But that is not what the Bible teaches. There is an eternal difference between those who trust Jesus and seek to obey him—even while struggling to resist same-sex desires—and those who refuse to trust Jesus and deliberately rebel against what he says."

Finally, Christians should continue giving to humanitarian organizations. Many cancer societies, heart and stroke foundations do wonderful work, and do not claim to be Christian organizations. Being a Christian is fundamentally about one's relationship to authority. Either Jesus Christ is your Lord, or He isn't. Either you submit your beliefs about human sexuality to Scripture, or you don't. As 1 Corinthians 12:3 says, "No one can say 'Jesus is Lord' [i.e., a clear confession of authority] except in the Holy Spirit." At issue now is whether World Vision can legitimately continue clinging to the privilege of Christian identity it has historically enjoyed apart from faithfully maintaining such a confession.

Your turn. What do you think? Do your thoughts agree or disagree with Scripture?

Alex Crain is the editor of Christianity.com.