Would the Existence of Aliens Disprove Christianity?

Would the Existence of Aliens Disprove Christianity? 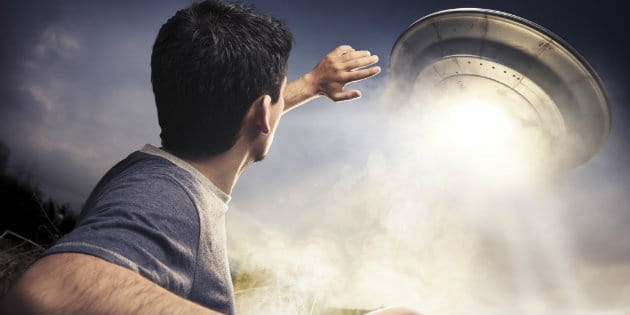 “In our world," said Eustace, "a star is a huge ball of flaming gas."
“Even in your world, my son, that is not what a star is, but only what it is made of.” – The Voyage of the Dawn Treader

In my experience, Christians don’t give much thought to the idea of aliens. Why should we? Earth is quite an extraordinary place, and the Bible focuses on the spiritual realm, not the vast reaches of space. Still, as our understanding of the universe continues to evolve, many have pondered what the existence of alien life would mean for humanity. For those of us who believe we were created in God’s image, the implications would be overwhelming.

Why did God create them? Do they even believe in God? Do they sin, and if they do, does the grace of Christ extend to them as well? These were just a few questions posed by Jesse Carey in a recent article for Relevant Magazine. In an interview with blogger Science Mike, the two men reflected on how the existence of God actually dwarfed the discovery of any life on other planets. In the words of Science Mike,

“For people who believe, we have an innate sin nature and salvation is only possible through Jesus, are we supposed to use the Great Commission across the stars onto other planets? Do those aliens have their own Jesus? Do they need Jesus at all? Do they sin? If they don’t sin what does that mean about us? Depending on the nature, behavior and beliefs of other civilizations, it really could have profound implications for how we approach our faith here on earth...”

“If you have a faith that’s a set of propositional ideas and assumptions, then those assumptions could be threatened by new information. But if your faith is not a zero-sum game, but a reflection of wonder and awe and majesty and beauty, I could see other civilizations doing nothing but driving you to greater reverence at the greatness of creation and the God who created it.”

Ironically, the Christians who seem to have the easiest time adapting to the prospect of aliens are not scientists, but artists. Great Christian writers like C.S. Lewis, J.R.R. Tolkien, and Madeleine L’Engle have built entire worlds based around such concepts, each with their own unique interpretation of Christ’s death and resurrection. In Perelandra, the second book in Lewis’ Space Trilogy, the main character even encounters a world that never fell to sin,

“Long since on Mars and more strongly since he came to Perelandra, Ransom had been perceiving that the triple distinction of truth from myth and both from fact was purely terrestrial-was part and parcel of that unhappy distinction between soul and body which resulted from the fall. Even on earth the sacraments existed as a permanent reminder that the division was neither wholesome nor final. The Incarnation had been the beginning of its disappearance. In Perelandra it would have no meaning at all.”

No one knows what hides in the dark corners of our galaxy. Perhaps humans really are alone in the universe, and the rest is just a demonstration of God’s all-consuming majesty. Perhaps there is life on other planets. Perhaps we’ll meet it someday. For now though, let us focus on the work God has called us to do on this world: To love our neighbor, forgive our enemies, and spread the good news of Christ to all people.

What about you? What are your thoughts about life on other planets? Leave a comment below.