Is Poverty a Fact or a Choice?

Is Poverty a Fact or a Choice?

This weekend I read an article in the current edition of The Intelligent Optimist titled No Limitations.  The author described a banado community in Paraguay in which there was no health care, no potable water, no sanitation and abject poverty.  In 1988 a priest named Padre Pedro Velasco met with 20 women in a chapel.  They described their situation and their need for food, jobs, medicine and safety.  He asked them why they were poor.  It was easy for them to relate that it was just their situation.  But he helped them understand that poverty is caused – it isn’t simply a fact of life.

Two days ago I got a long message from a mid-20s lady (whom I’ll call Mary), not from the ghetto in Paraguay, but from the fine state of North Carolina.  She’s going to school part-time and lives with her parents in a trailer for which they pay $50 a month.  Her parents are both drawing disability and there is literally no food in the house until the next disability check arrives.  Mary’s grandmother is in a similar situation and deeply in debt.   But Mary informed me that she has “no expertise, training or knowledge in anything,” she doesn’t have money to put gas in her dad’s car and there are no jobs anyway.  And not interested in working while attending school because “that is too much for me to handle.” 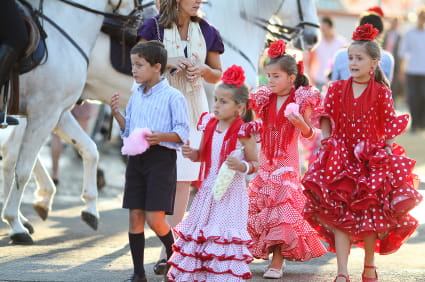 Today in Asuncion, Paraguay they have health care, paved streets and fresh water.  600 families pay 50 cents each month to belong to their own association that provides nutrition, education, microcredit and a community radio station.  There are food sellers, people who raise animals, clothes vendors, and pharmacy services.  They were not the recipients of foreign aid, or a casino and they didn’t win the lottery.  But someone had the courage to let them know poverty is caused – it is not a fact of life.

I wrote Mary a lengthy reply – here is a short snippet:

Thanks for feeling comfortable in sharing your story.  Wow - you describe a pretty unfortunate and unhappy scenario.  I don't have a magic pill to make that all better, but I don't believe "circumstances" can hold us down.  Ultimately, our success springs from attitude, optimism, faith and positive action - to do something that others may say can't be done.

You can't change your parents or grandparents - BUT you can show them you are not going to get caught in the same pattern.  You say you are in school and don't want to work full time.  I would suggest that school is not the best use of your time right now.  It's a slow process with very unclear benefits.  But you should be able to define your:

and from those be able to see where you can provide unique value to an organization.  I'm confident there are companies right there where you are that are looking for people who are clear on what value they bring to an organization.  I would take that step immediately - to break this family pattern of looking for assistance and being convinced circumstances are holding you back.

I was raised in a Godly home where we accepted poverty as God’s will for us.  As a pastor, my Dad was suspicious of the dangers of having money.  Obviously, little changed over the years with that expectation in place.

How have you experienced poverty and what have you done to break the cause?