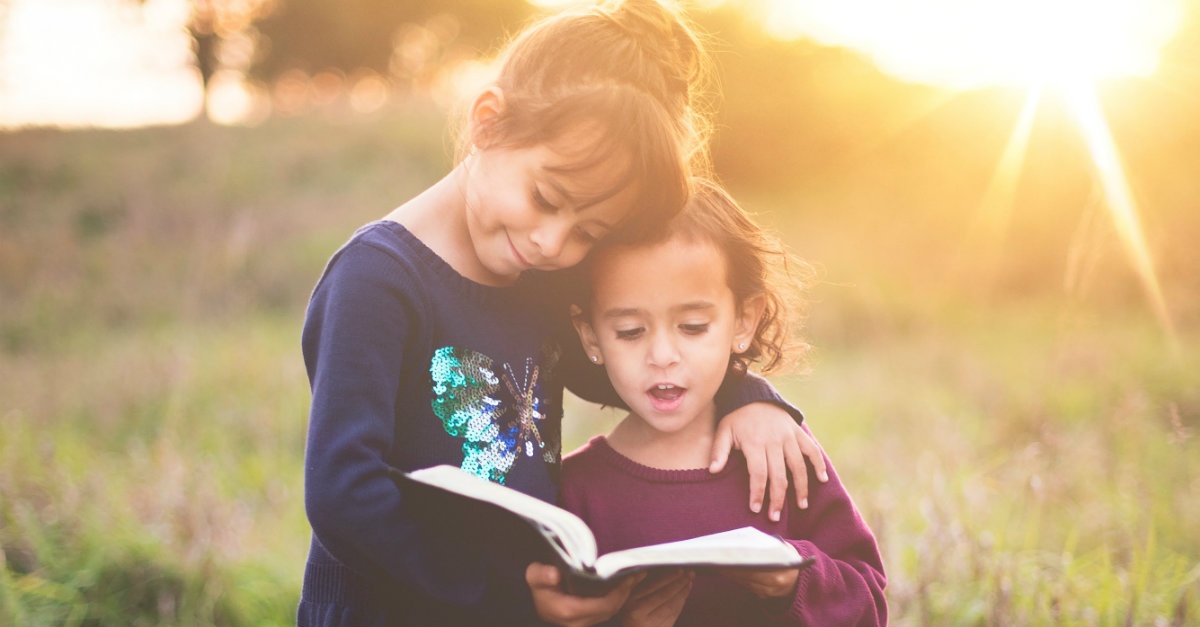 One day some parents brought their children to Jesus so he could touch and bless them. But the disciples scolded the parents for bothering him.

When Jesus saw what was happening, he was angry with his disciples. He said to them, “Let the children come to me. Don’t stop them! For the Kingdom of God belongs to those who are like these children. I tell you the truth, anyone who doesn’t receive the Kingdom of God like a child will never enter it.” Then he took the children in his arms and placed his hands on their heads and blessed them. (Mark 10:13-16, NLT)

Yet these are some of the most penetrating, counter-cultural words Jesus ever spoke. Not to mention some of His most pivotal actions.

It begins innocently enough, with parents bringing their children to Jesus so that He could bless them. Traditionally, that would mean putting his hands on their heads and saying a word or prayer of blessing. But His disciples didn’t think that was important.

Maybe they thought Jesus was too busy to bother with children.

Maybe they thought children’s ministry was beneath Him.

Maybe they thought He was too tired at the end of a long day, and they were just trying to protect His time.

Maybe there were too many kids to make it feasible for Him to bless them all.

And back then, that was the norm – because they weren’t. In the ancient world, children had no status. You could ignore them, shut them out, do anything you wanted, actually, because they didn’t have any defenders. There weren’t any champions for children.

In the Greco-Roman world, you could literally throw children away. Infanticide was not a crime. If you had a child you didn’t want, you just put them out on the street. There was an entire cottage industry where people would go down the streets to find these abandoned, exposed, unprotected children, and then take them to raise them to either fight in the arenas as gladiators or sell their bodies as prostitutes.

If neither of those prospects worked, they would physically disfigure them – break a leg, cut off an arm, scar their face – so that they could become professional beggars preying off of people’s pity. They were so mistreated that six out of every ten children died before the age of 16.

So while we don’t know the real reason the disciples didn’t want to let the children come, we do know one thing:

Jesus wanted them to.

In fact, when Jesus found out what was happening the Bible says He got angry. There are only two times, in all four of the biographical accounts of the life of Jesus in the Bible, that we’re told Jesus became filled with righteous anger.

Once was toward the end of his ministry-run in Jerusalem at the temple where unscrupulous money changers set up shop to try and take advantage of the faithful poor.

But prior to this event was the passage above when Jesus sensed children were not being allowed to come,

Jesus took the most vulnerable class of people on the planet and elevated them to the highest access, highest embrace, of all.

Here’s an extremely loose paraphrase of His words that captures His intent for modern ears:

“Don’t you ever, ever, treat children like second class citizens. Don’t ever give in to a culture that treats them this way. Don’t you ever do anything that keeps children from coming to me. You have no idea how precious they are to me. So let’s get this one straight: You want to know what makes me angry, with a righteous anger? If you want to mess with the heart of God, then mess with a child.”

And then, to make it clear how much they mattered to Him, He didn’t just place His hands on them and bless them – the Bible tells us He wrapped up each and every one in His arms and held them.

To Jesus, those children were everything.

Which means they should be everything to us.

So who am I writing this for?

It’s not for those callous to the child in poverty, the child abused, the child without parents… by God’s grace our hearts still beat with compassion at such need and outrage at any and all mistreatment.

No, I write for the subtler ways we can diminish children, particularly in our suburban church mindsets.

It is for those in leadership who would treat children’s ministry as a second-class venture – akin to glorified childcare – and secretly resent having to do even that much.

It is for those who would diminish the men and women who have answered the call to give their lives vocationally to children, as if somehow it is beneath the stature and worth, accomplishment and merit, of such roles as a doctor, lawyer or, in the church world, a senior pastor.

It is for those who are willing to serve in light of their gifts and abilities in areas that they find personally rewarding, but who are unavailable when it comes to changing a diaper, wiping a tear, telling a simple story to a 5-year-old, or singing a love song to Jesus with motions and dance.

It is for those who speak glibly about caring for the least and the lost without realizing that it is children who are the most vulnerable and needy, lost and in need of direction, of any human being on the planet.

There were two groups of people who Jesus wanted to make sure His church embraced: the least and the lost.

So why the anger about children being prevented from coming to Him?

They were the “leastest” and the “lostest” of them all.

On the attitude and treatment of children in the Greco-Roman world, backdrop to the time of Jesus, see David Garland’s commentary on Mark in the NIV Application Commentary series (1996). See also the article “Child, Children” in the Dictionary of Jesus and the Gospels (IVP). Helpful information is also found in Zondervan’s Illustrated Bible Backgrounds Commentary, Volume 1.

James Emery White is the founding and senior pastor of Mecklenburg Community Church in Charlotte, NC, and the ranked adjunctive professor of theology and culture at Gordon-Conwell Theological Seminary, where he also served as their fourth president. His latest book, Meet Generation Z: Understanding and Reaching the New Post-Christian World, is available on Amazon. To enjoy a free subscription to the Church & Culture blog, visit ChurchAndCulture.org, where you can view past blogs in our archive and read the latest church and culture news from around the world. Follow Dr. White on twitter @JamesEmeryWhite.