Bossy: Why am I such a Control Freak?

Bossy: Why am I such a Control Freak? 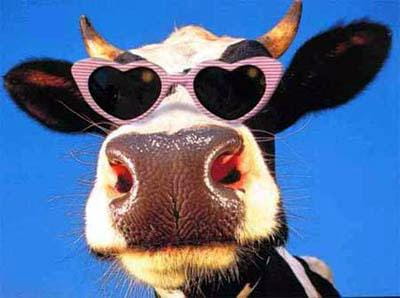 Loud. Proud. Living large and in charge. That's me-Bossy. It's my Achilles' heel, my worst weakness. I struggle daily with being a control freak. The need to control outcomes and other people is a deceptive, destructive sin that saps my strength and sabotages my relationships. But I am not alone. Eve, Sarah, Miriam and Martha were Bible women who were bossy to the max.  Why were they bossy and what consequences did they suffer for their manipulative behavior?

"Bossy," according to Webster, means domineering, overbearing, authoritarian and controlling.

Eve, the first lady, nagged her hubby Adam into eating the forbidden fruit in Genesis 3. What was he going to say? No? She was naked, for goodness' sake! Sinless Adam knew he was being manipulated by his mate, but he allowed her to bully him into disobeying God. And what was the consequence of her bossy behavior? Nothing much…just sickness, death and the fall of all humankind. Why was pushy Eve deceived? What caused her to fall at all?

Genesis 3:4 states,  “You will not certainly die,” the serpent said to the woman.5 “For God knows that when you eat from it your eyes will be opened, and you will be like God, knowing good and evil.”NIV

Heady stuff, being God-like. It's the venomous nature of Satan himself. And we fall prey to it every day. Pride goes before a fall, Proverbs says. It landed the Devil in the hottest hell.

Sarah pushed old Abraham into making a baby with her maid-servant Hagar.

"Now Sarai, Abram’s wife, had borne him no children. But she had an Egyptian slave named Hagar;2 so she said to Abram, “The Lordhas kept me from having children. Go, sleep with my slave; perhaps I can build a family through her.”

Abram agreed to what Sarai said.3 So after Abram had been living in Canaan ten years, Sarai his wife took her Egyptian slave Hagar and gave her to her husband to be his wife.

God had promised her hubby a son. But sassy Sarah didn't wait for the stork. After all, the years were ticking by and she was already having hot flashes. So in Sarah's impatience, she created a solution. However, the stunt Sarah pulled backfired in a big way. Now Ishmael is on the scene, making little Isaac's life miserable. What were the far-reaching consequences of Sarah's actions? An Arab-Israeli conflict that would plague world history until Jesus comes back.

Control freaks don't wait on God. If He tarries, operating upon His timetable rather than ours, we panic and do something stupid. And the cost of our impatience and unbelief is high.

Miriam's power-hungry jealousy almost got her killed. The days of pushing Moses, her baby brother, down the Nile toward the Egyptian princess were long gone. She saw Moses the murderer forced out of Egypt. Miriam was the good girl. She kept her head down and waited for God to deliver her people. Brother Aaron and Big Sis Miriam stood beside Moses as he led the Jewish nation through the Red Sea and climbed Mount Sinai to talk face-to-face with the Almighty. Miriam was jealous of him. Why couldn't she and Aaron call the shots?

God boiled with anger at Miriam's anger and unbridled ambition. So He smacked her with a roaring case of leprosy-a deadly infectious disease. Terrified, Miriam was sentenced to solitude outside the Hebrew camp to live a life of agony and rotting flesh. Fortunately, Moses interceded on his sister's behalf, and she got a reprieve. Jehovah healed her leprosy after a week. But Miriam learned her lesson well.

James, in his New Testament letter, identifies Miriam's sin and it's consequences in James 3:13-16:

Who is wise and understanding among you? Let them show it by their good life, by deeds done in the humility that comes from wisdom. 14 But if you harbor bitter envy and selfish ambition in your hearts, do not boast about it or deny the truth. 15 Such “wisdom” does not come down from heaven but is earthly, unspiritual, demonic. 16 For where you have envy and selfish ambition, there you find disorder and every evil practice.

My favorite bossy Bible woman is Martha (Stewart) of Bethany. Now she really WAS a control freak. After all, the Master was coming to dinner and Martha didn't want to fail. The matzo balls had to be plump and juicy, the falafel flash-fried and fresh. She spied her sister Mary, the slacker, lounging in the living room listening to Jesus. Martha was a perfectionist, and she needed her sous chef. In her anger, Martha chided Mary for deserting her kitchen duties. But Jesus had a different perspective in Luke 10: 38-41.

As Jesus and his disciples were on their way, he came to a village where a woman named Martha opened her home to him.39 She had a sister called Mary, who sat at the Lord’s feet listening to what he said. 40 But Martha was distracted by all the preparations that had to be made. She came to him and asked, “Lord, don’t you care that my sister has left me to do the work by myself? Tell her to help me!”

41 “Martha, Martha,”the Lord answered, “you are worried and upset about many things,42 but few things are needed—or indeed only one.[f] Mary has chosen what is better, and it will not be taken away from her.”

I see myself in Martha-a hyperactive worry-wart. I run around frantically, fearing failure and worried about everything and everyone I love. "What if's" often dominate my waking moments. Jesus spoke to Martha's heart AND mine. Stop worrying. Stop trying to insure every outcome. "I've got this," Jesus assures me. "Sit still at My feet and let go."

You are not sentenced to a life of misery and manipulation. You can trust your Master and Maker. He is God and you are not. What a relief!