Chainsaws and Snowflakes: How My Daughter Found Her Faith

Chainsaws and Snowflakes: How My Daughter Found Her Faith 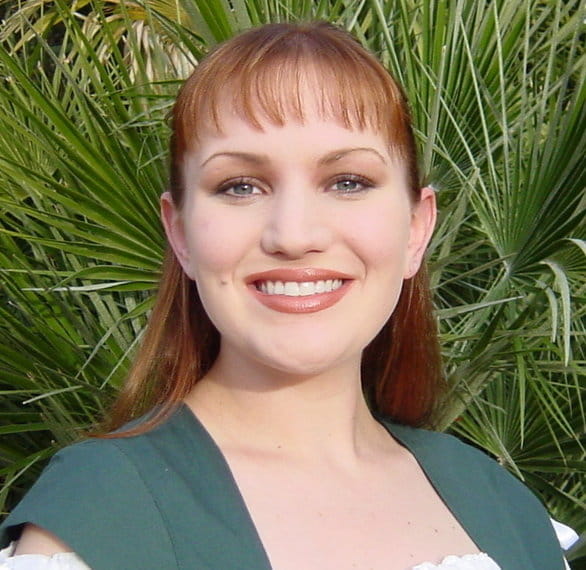 “Essen ist fertig, Liebe!“ (Dinner is ready, Dear!) The aroma of warm Bratwurst and spaezel filled the tiny kitchen. Ilsa leaned over the windowsill, beckoning her husband to wash his hands and come to supper. Klaus was no ordinary man. A world-renown physicist and Nobel prize nominee, Dr. Klaus Mueller was an innovative leader in nuclear particle research.

But this balmy Saturday evening, he was a dutiful husband completing his weekend honey-do chores: grass-cutting and tree-trimming. Klaus, perched in the fork of an oak tree trunk, revved the motor of his chainsaw to clip the low-lying branches. Suddenly he lost his footing.

Ilsa gazed in horror as her beloved husband plummeted to his death, chainsaw in hand. When she reached Klaus, he was a mangled mass of blood and bone. The gory scene was forever etched into her brain. Ilsa, a skilled doctor, frantically performed CPR in hopes of reviving him. His limp, lifeless form lay in a heap before her. She knew in that moment she had lost him forever.

Enter Bronwyn, my sixteen-year-old daughter. She was so proud to be chosen as an exchange student to Hamburg. She stepped off the plane and the biting north winds slapped my little desert rat in the face. Wow! Not what she expected….

A grim woman and two sullen teenagers held a placquard with her name on it. Ilsa’s home would be her host home for the next nine months. Bronwyn, Ilsa and the boys shared a plate of meat and cheese on the train ride home. Upon arrival, Ilsa ordered Bronwyn to pack an overnight bag. The family was leaving for Norway to bury dear Klaus.

Bronwyn’s German was nominal at best. She could say “please,” “thank you,” and “where’s the bathroom?” with style and pinash. However, she had never even HEARD Norwegian. After a long boat ride, the mourners arrived at Klaus’ family home. Grieving cousins and aunts sat around the dinner table in stony silence. Bronwyn felt invisible. How would she ever survive the next nine months with this grieving family?

School started September 1st. She pedaled her rickety bike to school in the frigid darkness of early morning. Bronwyn’s newfound German “friends” were not friendly at all. They taught her German curse words instead of the polite language required to answer her teachers. She was humiliated in front of her classmates.

Bronie returned to Ilsa’s house exhausted and dejected after her first day of school. How would she master science and math taught in German? (She also had to study Russian in German!)

But my girl was no quitter.

“I’ll fly over tomorrow and pick you up, Honey! Please let me come!” I begged.

“No, Mom, I can do this. I wanted to come here and I’m not returning home until I speak German like a native. Things have got to get better,” she assured me.

Nothing improved except her German. Bread, meat, cheese and chocolate were the only foods to be found in the Mueller house. Ilsa was too depressed to cook. Bronie lived on care packages filled with peanut butter crackers and chocolate chip cookies from her Grandma.

She spent night after night in her basement “dungeon” bedroom. Her depression grew deeper and darker. The only genuine interaction she had with the family was when Ilsa handed her list of household chores for the week. (Sounds like Cinderella, doesn’t it?)

Then something wonderful happened. Jesus showed up and spoke to Bronwyn’s hurting heart. His warm presence took her breath away. My little girl, a typical pastor’s kid, knew all the Sunday School answers. She squirmed through Daddy’s sermons week after week. But now she met her Savior in a new and personal way.

She poured over the Scriptures at night before bed. She searched the web until she found an English-speaking church in the heart of Hamburg. Though the train ride was two hours long both ways, Bronwyn lived for Sundays. She brightened when she walked into the warm, welcoming body of believers. Bronie spent those Sundays praying, chatting and strolling with her Christian friends. As the sun set, she hopped on the train to return home. One month down. Eight to go….

Bronie became fluent in German, but her “host home” circumstances never changed. On Christmas morning, Ilsa and the kids gave her a worn calendar from the previous year as a present. The lutefisk served as a Christmas delicacy tasted like old cat food. Every new challenge drew her closer to Jesus. She needed His strength to wake up and fight another day.

God returned our precious girl to us one sunny June morning. Bronie was radiant, calm and confident. For the first time in her life, walk with Jesus had become deeply personal and powerful.

Chainsaws, snowflakes, loneliness and sorrow were not the tools I would have chosen to mature my daughter’s walk with God.