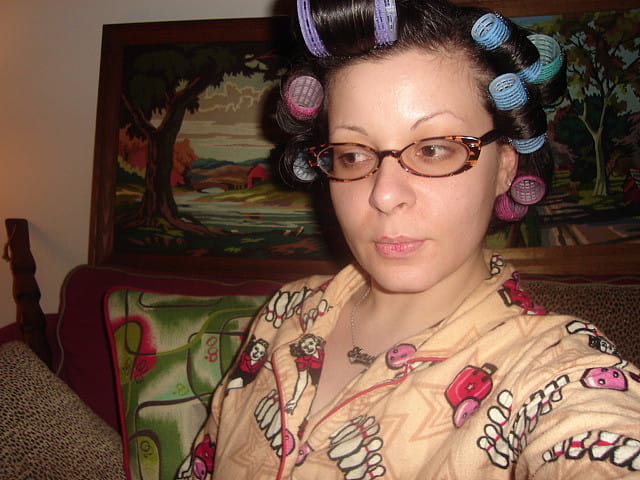 Comedian Jeff Foxworthy teases that you can tell the state of a marriage by the nightwear the wife dons before bed. In the honeymoon stages, she wears a sexy Victoria Secret negligee. By year five, the kids have come along and Mom falls into bed wearing her husband’s old football jersey covered in baby spit-up. Her wardrobe continues to devolve by year fifteen. She crawls into the sack in her husband’s holey t-shirt and her granny panties. Where did the romance go? The holey pajamas tell the story.

We often lose our zeal for God by approaching Him in holey jammies. Jesus chides the church at Laodecia for apathy and half-hearted worship. Is our worship sloppy, casual, self-styled, hit and miss?

Worshipping God is serious stuff. We can learn a lot about our reverence for God from the mistake King David made when he attempted to bring the Ark of the Covenant from Kireath Jearim to his beloved Jerusalem, the City of God.

King David ascended the throne after years of being chased by psychotic Saul. Newly crowned David was really feeling his oats. So he brought the assembly of Israel together and said,

“If it seems good to you and if it is the will of the Lord our God, let us send word far and wide to the rest of our brothers…and let us bring the ark of our God back to us. The whole assembly agreed to do this, because it seemed right to all the people.” 1 Chronicles 13:1-4. NIV

There you have it. Self-styled religion at its best. If it feels good, do it. David didn’t check God’s memo. Much of the Torah was written to describe how to make and transport the Ark. But like so many of us, David didn’t bother to read the directions.

“They moved the ark of God from Abinadab’s house on a new cart, with Uzzah and Ahio guiding it. David and all the Israelites were celebrating with all their might before God, with songs and with harps, lyres, timbrels, cymbals and trumpets.

When they came to the threshing floor of Kidon, Uzzah reached out his hand to steady the ark, because the oxen stumbled. The Lord’s anger burned against Uzzah, and he struck him down because he had put his hand on the ark. So he died there before God.

Then David was angry because the Lord’s wrath had broken out against Uzzah, and to this day that place is called Perez Uzzah.[a]

David was afraid of God that day and asked, “How can I ever bring the ark of God to me?” NIV

David took Yahweh’s holiness for granted. He had seen God’s mighty power deliver him over and over. How could the man after God’s own heart miss such a crucial command? Even Indiana Jones knew not to mess with the Ark of the Covenant….

Moses carefully laid out how the Ark was to be transported. It was carried on the shoulders of consecrated priests by poles threaded through the bottom of the box. David shoved the Ark on a cart led by two oxen. What an affront!

David had the pants scared off of him. (As well he should…). He was furious, but he quickly learned his lesson! He finally pulled out the manual and followed God’s guidelines to the letter. Months later, he brought the Ark of the Covenant to its holy home with great pomp and celebration. The Levites played stringed instruments, cymbals and tambourines. The crowd cheered, and David danced his sandals off!

What can we learn about worshipping God from David’s story? Let me ask you a few questions:

Do you come into God’s presence only when it’s convenient? Do you seek Him at the dawning of your day, or do you simply drop by on Sunday morning to sing a few songs?

My husband pastored for many years in Tucson, Arizona. It was 112 degrees in the shade in June. Three-piece suits for the guys, spiky heels and panty hose for the gals were not an option. Flip-flops were necessary attire for Sunday mornings; self defense against frying your toes. Yet an alarming trend has swept across our nation. Our outerwear reveals the condition of our hearts. We worship God so casually!

Our attitude toward adoring God is appalling! We approach the Creator of the universe in our underwear. Congregants come to church fashionably late. They hang out at the coffee bar sipping their double expresso lattes until the music is finished. Slipping in to watch the sermon ten minutes late is par for the course. Now that everyone has the YouVersion app of the Bible on his or her smartphones, it appears that one is listening to the Bible teaching and reading the Word. Instead, half of the people in the room are texting their friends or catching up on their e-mails. If I were God, I would be hopping mad!!!

The fear of the Lord is the beginning of wisdom. David learned much about holiness and worship the day Uzzah kicked the bucket. Notice some of the wise words David and his cohorts penned in the Psalms:

“The secret [of the sweet, satisfying companionship] of the Lord have they who fear (revere and worship) Him, and He will show them His covenant and reveal to them its [deep, inner] meaning.” Psalm 25:14 AMP

“O come, let us worship and bow down, let us kneel before the Lord our Maker [in reverent praise and supplication].” Psalm 95:6 AMP

“The reverent fear and worship of the Lord is the beginning of Wisdom and skill [the preceding and the first essential, the prerequisite and the alphabet]; a good understanding, wisdom, and meaning have all those who do [the will of the Lord]. Their praise of Him endures forever.” Psalm 111:10 AMP

Here are my observations about deepening your worship.

Shut up and listen to God! Meditate on His Word and character before you speak to Him.

“Guard your steps when you go to the house of God. Go near to listen rather tan to offer the sacrifice of fools, who do not know that they do wrong. Do not be quick with your mouth; do not be hasty in your heart to utter anything before God. God is in heaven and you are on earth, so let your words be few.” Ecclesiastes 5:1-3 NIV

Take off the clothes of hypocrisy and hidden sin. Stand naked before Him and confess your sins.

“Blessed is he whose transgressions are forgiven, whose sins are covered…When I kept silent, my bones wasted away…my strength was sapped as in the heat of summer…Then I acknowledged my sin to You and did not cover up my iniquity. I said,  ‘I will confess my transgression to the Lord, and You forgave the guilt of my sin.’” Psalm 32: 1, 3-5 NIV

Praise God constantly. You will sense His presence and you will gain His eternal perspective, His heart.

“I will bless the Lord at all times: his praise shall continually be in my mouth.” Psalm 34:1 NIV

Take God seriously. He is a consuming fire.

“Praise the Lord, all you who worship him!  Honor him, you descendants of Jacob!  Fear and respect him, all you people of Israel!” Psalm 22:23 ERV

Get dressed to the nines to meet God. Worship Him with passion and reverence. He deserves it!