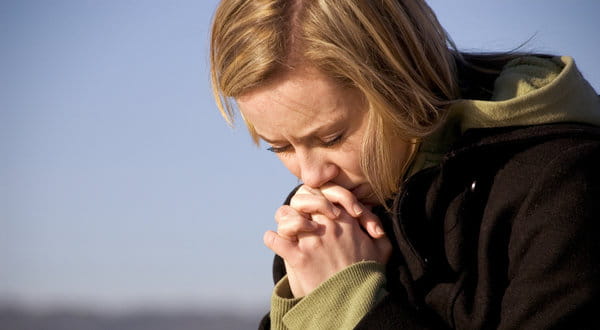 I saw God raise the dead, heal incurable cancer and perform a host of eye-popping miracles in my run-of-the-mill, ordinary life. Remarkable moments from a remarkable God! I’m not a “Bible-thumping Fundie” or a “Wild-Eyed Holy Roller,” (though I love them both). I’m just a little Baptist girl who happened to see God show up in a big way.

“Who is the Holy Ghost?” I pondered, perched in my hard wooden pew as the pastor droned on and on. The “Holy” part reminded me of heaven, but the “Ghost” part reminded me of Halloween. Spooky! As I grew older, I hungered to know more about this third person of the Trinity. I poured over biographies of Hudson Taylor, George Mueller and Lottie Moon. These spiritual giants must have lived on a higher plane than I! Hard-core heavy hitters on God’s squad! What I have discovered in my years upon this ball we call earth is that these amazing Christian servants experienced God’s power many times in their lives, but they also had ordinary, uneventful days where they served Jesus faithfully with no fireworks or astounding Divine manifestations.

When Peter was with Jesus, he said and did incredible things--walking on water, casting out demons and healing the sick. Most of the time (before the Holy Spirit descended at Pentecost), Pete was just a clumsy, outspoken groupie who followed Jesus for three years.

The key to unlock God’s mind-blowing power is simple. Listen to the Holy Spirit’s voice, obey Him unconditionally and get out of the way to watch Him work.

Brother Bob Nichols was a 45-yr-old Wycliffe Bible translator with a passle of kids. He was half-way through his Cuicateco tribal translation when tragedy hit. One Saturday afternoon Bob was bitten by a tiny stink bug and went into anti-phylactic shock. He choked, gasped his last breath and was pronounced dead before the ambulance reached the hospital. No vitals. All brain activity had ceased. Time of death: four p.m. My pastor husband, Roger, and a few devastated elders stood around Bob’s bed. They began to pray. I don’t remember exactly what the Holy Spirit said to Roger, but in Julie-language God said, “It’s not over ‘til I say it’s over!” Mystified, Bob’s friends and family began praying for the impossible-his resurrection.

The time crept by and nothing happened. Suddenly, Bob coughed, opened his eyes and smiled. The docs raced in, checked his “non-existent” vital signs and shook their heads in wonder. He had no brain damage. In fact, he had no symptoms at all. Praising God, Bob put on his pants and went back to translating. When I remember that night, I still get chills down my spine. Sounds like something out of the New Testament, right? Today, decades later, Bob’s like the Energizer bunny. He’s still with Wycliffe and keeps going, and going, and going….

One spring Sunday evening, Dr. Emily Woods attended our prayer service. At the end of the meeting, she approached the elders with a dire prayer request. The beautiful young pediatrician had been diagnosed with incurable cancer. Roger wept as He thought of all the little children who would miss the touch of her healing hands and the warmth of her smile. Emily, bowed her head and the prayer team laid hands on her, encircling her chair. They prayed simply and quietly, asking God to reverse the ravages of this dreaded disease. After the “amen,” Emily asked the team why someone had trained a bright warm spotlight on her during the prayer. Roger looked at her quizzically and said the lighting was the same as when she entered the building. Strange….Mystified by her comment, the group disbanded and Emily returned home.

One week later, this precious doctor called the church following her oncology appointment. Breathless and ecstatic, she said, “Nothing! They found nothing! No signs of cancer, no spots on the lungs, they gave me a clean bill of health!” Unbelievable! Roger gulped, called his prayer buddies and rejoiced that a limitless, all-powerful God showed up at the little prayer meeting that night. Emily still practices in Phoenix and is as healthy as a horse.

Now, don’t get me wrong. Sometimes we pray and God says “no” to our request (in our best interest, I might add.) Sometimes after fervent prayer, great men and women of God die agonizing deaths. Sometimes we beseech God earnestly and He is silent, teaching us to trust Him anyway.

What I AM saying is we must daily, consistently learn to distinguish the voice of the Holy Spirit in our lives and DO WHAT HE SAYS. Then pray what He tells you to pray. He will faithfully guide your prayers and, on occasion, stun you with His mighty power when you least expect it.

God does not need super-heroes. Moses was a stuttering sheep-herder who saw the face of God. Elisha was a poor dirt farmer who brought the widow’s son back to life. Deborah was a little Jewish woman who led her nation to victory over their enemies.

Listen hard. Say “yes” to the Holy Spirit when He speaks to you, and then put your seat belt on for the ride of your life!

“And there are also many other things which Jesus did. If they should be all recorded one by one [in detail], I suppose that even the world itself could not contain (have room for) the books that would be written.” John 21:25 AMP