Homesick? The Road Back to God

Homesick? The Road Back to God 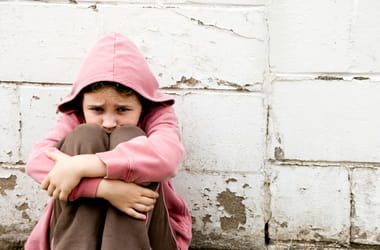 I HATE my car’s GPS navigation. She bosses me around in her smooth British voice, but frequently tells me to turn ten seconds after I passed the exit. Then she taunts me by saying “re-calculating….” Her maps are outdated. She directs me to roads that no longer exist, and I meander around for miles. I despise her!!!

I hate to be lost! I just want to go home. The fourteen little journey-poems called the Psalms of Ascents guide the reader from a far country to the home of the Heavenly Father in Jerusalem. Here are the sad words of the runaway poet.

I’m in trouble, lost. I cry to God, desperate for an answer: “Deliver me from the liars, God! They smile so sweetly but lie through their teeth.”I’m doomed to live in Meshech, cursed with a home in Kedar, My whole life lived camping  among quarreling neighbors. I’m all for peace, but the minute I tell them so, they go to war! Take me home…Psalm 120:1-2, 5-7 The Message

Psalm 120, classified as a psalm of lament, is also a pithy plea for help. This backslider is as lost as I was on the freeway yesterday. Our jaundiced skeptic hates where he lives and who he has become. He is not a happy camper. Meshech and Kedar are unfamiliar terms that mystify us. Where are these places and why does he hate to live there? They are not popular destinations on the travel channel.

Here’s what we know about Meshech and Kedar. Mr. Meshech was descended from Noah and migrated to present-day Russia near the Caspian Sea. For generations, Meshech’s fierce warriors were famous and feared for their military prowess and power. Might made right. Ezekiel prophesied in Ezekiel 32:26 that troops from Meshech would march south to Jerusalem to rout the Jews from their homeland and squash them like bugs. Some scholars believe the Prince of Magog, a descendant of Meshech, will be the Anti-Christ!

You don't want to go to Meshech. Psalm 120 tells us that an arrogant bully like Meshech is seduced by Satan, and is fighting against the irresistible force of God’s kingdom. Do you put yourself before others? God wants to make you meek and humble. If you are travelling close to Meshech, turn around and return to Him.

Kedar is a descendant of Ishmael, Abraham’s son born of Hagar, Sarah’s handmaid. The Bedouin buddies from Kedar always knew how to make a buck. The shrewd con-artists ran rough-shod over their naïve neighbors with their shady wheeling and dealing. Kedarian Arabs are still good businessmen. Their slogan is: “You give us cash, and we’ll give you gas!"

You don't want to go to Kedar either!

Kedar can ruin your life.

Of course, money used the way God intended can bless your life and further God's Kingdom.

However, Jesus’ teaching in Matthew 6:21 clarifies the insidious trap of money grubbing:“...where a man’s treasure is, there his heart will be also.” Money sucks the fun out of life, because there is never enough. There is always a better house, a bigger car, a higher circle of influential friends. Money is a killer, an ulcer-maker, and a destroyer of relationships....not to mention a rival god we often worship. Materialism may not be your hook, dragging you away from home. But anything that holds more allure than God’s presence is an idol. Has an idol captured your heart?

The poetic portrait of Psalm 120 is crystal clear. Living in Meshech and Kedar make you homesick for God.

Cry to be rescued. Turning from a purposeless, meaningless life without Christ is like coming home from a foreign land.

Express your heart to God, holding nothing back.The distress call in Psalm 120 is that the backslider recognizes his hurt, anger, bitterness, and fear.

Stop running away. Come home. Get out of Dodge and head for the hills of the Holy Land. The Father of the prodigal in all of us stands waiting to welcome us with open arms. When we begin to despise the far country, we’re ready to yearn for the joy of coming home to God’s love and forgiveness.

Recognize your Father’s open door policy, made possible by the sacrifice of Jesus’ blood for your sin. This happy reunion begins a love relationship with God that lasts forever. It is a homecoming none of us will want to miss!