I Helped My Best Friend Die: Jesus Welcomed Her into Heaven

I Helped My Best Friend Die: Jesus Welcomed Her into Heaven 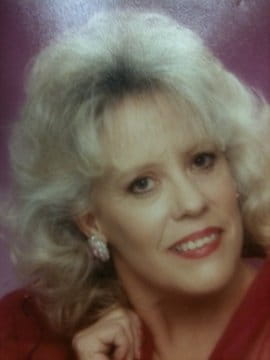 Her sparkling blue eyes lit up as I slipped into the dimly lit hospital room. Donna McClure, my dearest friend, was a platinum blonde cowgirl with a heart the size of Alaska and a contagious laugh.

I hardly recognized her 85-pound frail form. A tracheotomy filled with blood and mucous gurgled in her throat when the air escaped. She smelled like urine and radiation. Despite her agony, she hugged me tight and motioned for her husband Jim to give her a pen and paper. Since Donna couldn’t speak, she wrote her thoughts on a little yellow tablet.

“Like my new hairdo?” she asked. I nodded and grinned.

“It’s dishwater blonde. Dolly would be mad,” she scrawled. Her friends compared her to Dolly Parton, without the facelifts and silicone implants.

She smiled. I tried not to cry.

I’d brought some Crabtree and Evelyn hand cream and began to massage her hands and feet.

“Sing for me!” she motioned. I knew what song she wanted.

I opened my mouth, holding back the tears and sang her favorite tune.

I can only imagine…”

She closed her eyes and visibly relaxed as a sang the story of a saint entering heaven for the first few moments. I couldn’t finish the second verse. I began to sob. I kissed her on the forehead, prayed quietly and left. I should have stayed longer.

I was really angry at God. How could such a brave, amazing woman suffer so cruelly?

Donna was the strongest Christian I’d ever met. We were polar opposites. Donna grabbed her cowboy hat, loaded her 22 rifle and went hunting with her husband, daughter and three sons. She raised a passel of rowdy kids and rode a horse like a rodeo queen.

But Donna was no country bumpkin. A savvy businesswoman, she managed a boatload of ATT employees and worked like a whirlwind.

When Donna and Jim McClure joined our fledgling congregation, they immediately jumped in with both feet. I was teaching a burgeoning college Bible study, and they knew how to show those college students a good time. Jim hooked up his Dodge Ram to his ski boat and peeled down I-10, students, skis and life jackets in tow. He headed for Lake Roosevelt near Phoenix. A transplanted Texan, I had never heard of a lake that was in the middle of the desert devoid of trees and bushes. I was eight months pregnant and there were no port-a-potties in sight. I spotted a clump of bushes a few yards away and prepared to relieve myself when I heard this odd snorting and bellowing behind me. A 600-lb. black angus bull stared at my pink behind and prepared to chase me out of his napping space.

Donna, laughing hysterically, roared up in the Ram and whisked me away to a Chevron down the road. I still shudder when I think of that bull’s icy stare. I’m surprised I didn’t go into labor on the spot.

Thus began a lifetime of adventures with my gal pal and partner in ministry. We took 46 youth choir trips, orchestra concert tours and church camp retreats together. Can you imagine?

The youth choir tours were not little ventures with risers and an accompaniment track. Our teens did full-fledged road shows replete with elaborate sets and costumes, lighting, special effects and live bands. If I had an epiphany, Donna and Jim would figure out a way to build it (including fire from heaven, moving rocket launchers, full-sized windmills and revolving stages). We didn’t go down the road apiece. Our teens were the first white choir to sing in Harlem after the riots. They worked among the tent cities and homeless shelters in L.A. We played concerts in the slums in Mexico. We even told the story of Jesus in Disneyland (where He wasn’t so popular!).

Donna was an avid prankster (a passion we both shared). We Saran-wrapped the girls’ toilet seats, “Vaselined” door handles and ran the education minister’s boxers up the camp flagpole. Because of our antics, we were banned from Pine Lake encampment for two years.

Jim and Donna always did the dirty work that no one else wanted to do. They drove the trucks, loaded heavy equipment, cleaned up trashed dormitories with nary a complaint. Donna was the “mom” who began cooking breakfast at 4:30 a.m. for 200 ravenous adolescents. She stayed up in the wee hours counseling a crying, hormonal girl grieving over her parents’ divorce.

The McClures served tirelessly in the background and never asked for accolades. But each and every child, teen or adult in my ministry knew that Donna and Jim would gladly lay down their lives for them -- no questions asked.

The fateful summer evening one of our church vans plummeted over a rocky embankment, Donna was the first one on the scene to manage the collateral damage. She called the ambulances, placed tourniquets on bleeding limbs with beach towels and lifted heavy metal away from fragile bodies with almost super-human strength. This tragic accident could have proved fatal to those teens if she hadn’t scrambled down those jagged rocks and commandeered the gory scene.

My brave prayer warrior never minced words when she talked to God. She held onto Him like a bulldog and prayed boldly, honestly and fervently. Even the last year of her life, Donna arrived at my office like clockwork to pore over prayer requests for our precious parishioners.

Then one Wednesday Donna called in sick. We lost touch for a couple of weeks. I assumed she was especially busy at work. I met her in the church parking lot one sunny autumn afternoon and my friend revealed her secret tragedy.

“I have been diagnosed with throat cancer,” she confessed. “I just thought I had bronchitis but the medicine didn’t seem to help.”

My heart sank. My brave buddy was the hardiest of souls, a true saint and pioneer woman rolled into one. How could she fall prey to such a debilitating disease?

Donna declined quickly. She was chipper through her chemotherapy, but when the radiation treatments became more aggressive, Donna became homebound. Every other week or so, I’d drop by, read scriptures with her and play her rickety piano. I never came often enough, but she never chided me. She lit up like a Christmas tree and embraced me warmly.

One winter day, Donna stopped breathing and slumped to the floor in her bedroom. The paramedics intubated her with a trach and whisked her away to the cancer ward at University Hospital.

How I dreaded those hospital visits -- each one more gruesome and hopeless than before. I couldn’t stand to see her this way -- my pillar of strength and joy!

Early one morning, God spoke to me quietly and said, “Julie, today, I want you to help Donna die.”

“What are you talking about, Lord? How can I possibly do that? I can barely set foot in that room -- it breaks my heart!” I answered.

“I know,” He spoke quietly but firmly. “This is what you tell her:

‘Do not let your hearts be troubled. You believe in God; believe also in me. 2 My Father’s house has many rooms; if that were not so, would I have told you that I am going there to prepare a place for you? 3 And if I go and prepare a place for you, I WILL COME BACK AND I WILL TAKE YOU TO BE WITH ME that you also may be where I am’ (Jn. 14: 1-3 NIV).

“This is what you tell her, Julie,” the Lord said. “You tell her that I prepared heaven for her and I WILL COME AND I WILL TAKE HER. In that valley of death, she will not be afraid, because I personally will walk her into glory.”

I wept softly as I heard those gentle, comforting words. This was the day I had dreaded for so long. But today became a day of hope.

Donna was in and out of consciousness that afternoon, but when she saw me, she gave me a weak smile. I clutched her hand and I whispered Jesus’ comforting words in her ear.

When I finished speaking, Donna’s eyes filled with tears and her body, once tense, relaxed peacefully.

“You can go home now, my love.” She nodded and sighed.

And so she did.

Dedicated to the McClure family: Jim, Donna, Darlene, Eddie, Greg, James and Tyrell. I will never be the same because of you.