Who Touched Me? The Unclean Woman Healed by Jesus

Who Touched Me? The Unclean Woman Healed by Jesus 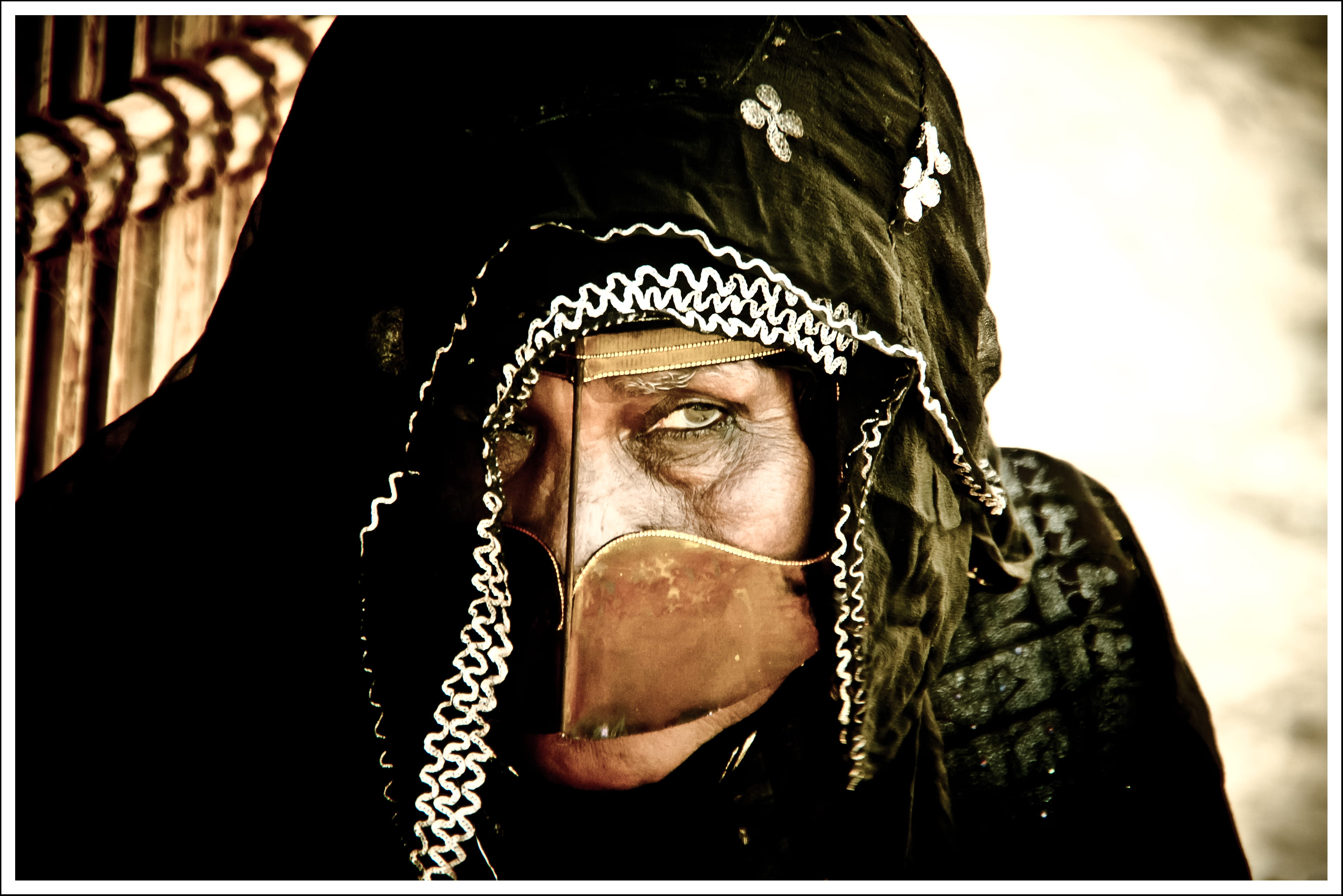 This is my story:  I married Simeon, and we were happy at first. I expected to have at least 3 children, but I never did conceive even one.  I was so disappointed, and Simeon wasn’t happy about it at all.  Men want sons.  AND daughters.  People here in Capernaum looked at me either with pity or suspicion, because we Jews believe that if a woman doesn’t conceive, she’s been cursed by God.  I didn’t understand why God would curse me, so I kept hoping for a baby.  It never happened.  Then after one monthly cycle,  the flow just kept on going.  It wouldn’t stop.

That’s when things got really bad.  During the monthly time we women were considered unclean .  Nobody could touch us or our clothing or our stool or bed or anything we touched or used.   If they did, they were unclean themselves until they bathed and washed their clothes.  They were finally considered “clean” again that night.  When this thing wouldn’t stop, I had to TELL people.  It was so embarrassing, but they had to know that they couldn’t touch me.  My husband couldn’t, either.  That was the worst part.  Simeon began to despise me:  I could see it, the way he looked at me and talked to me.  You talk about lonely.  Talk about heartbroken.  I really wanted to just disappear.

One day Simeon walked in the door and said, “You are unclean.  You make my home and everything in it unclean.  I divorce you.  Get out of the house.”  I was stunned.  He opened the door and threw some coins into the street.  “There.  Live on that.”  I walked out the door and sat down in the street, gathering up the coins he threw out.  Then I just sat there, not knowing what to do.  After a while, my sweet neighbor Huldah stepped out of her house and saw me.  “What are you doing there?”  I told her what had happened, and she was shocked because she knew no one could take me in. “Miriam, go to the house near the well at the edge of town.

The old couple who had lived there died, and it’s empty.  It doesn’t belong to anybody now.”  So that’s what I did.  Huldah went into her house, got some food for me, and walked in front of me to the house.  I was so glad to have a place to live!  The things I needed were there: bed, cooking pot, and so forth.  It was dusty, but I could clean it. Almost every day Huldah went to the market for me and brought me food, and brought me water from the well.  I DID go to the well sometimes when nobody else was there.  I just sat in my doorway watching people going back and forth to the well.

I tried doctors and their medicines.  They gave me animal parts to take, herbs, oils.  They operated on me.  It was horrible.  I even carried the ashes of an ostrich egg in a bag for 2 years.  I finally ran out of the money Simeon gave me because I gave it all to the doctors.  Nothing worked.  Nothing.  My friend Huldah is the one who took care of me and cared FOR me. Because I had no money,  she herself bought my food and left it outside my door.  Water too, sometimes.

Some people from the town were so disdainful of me.  They would just stare at me through my doorway.  They thought that you had some secret sin if you were unclean on and on.  One woman in particular just sneered at me when she walked by my house as I sat inside my doorway.  I got so tired of that.  One day when I saw her coming, I waited till she got right in front of the door and then I pretended to fall out the door right on her!  She shrieked at the top of her lungs because she was unclean till that night.  She yelled at me and ran home.  Ha ha ha! I just loved that!


Huldah brought the vegetables one day and said, “Miriam, there’s a rabbi I’ve just heard about, and I think He may be the Messiah.  Yes!  He teaches with such power and authority; so different from the other rabbis.  He said, ‘God so loved the world that He gave His only Son, that whoever believes in His Son will never die, but will live forever.’  And Miriam, He heals people. That’s what they told me.  He TOUCHES lepers and they’re healed.  And He’s healed blind people and crippled people, and so many others.  What if He could heal you, Miriam?”

Well, I wasn’t sure about that.  I’ve heard claims before about some rabbi who’s supposed to be really special, but they weren’t.  They were like all the rest of them.  But none of them ever claimed to be the Son of God, the Messiah.  Hmmm.  I thought about that a lot.


About 2 weeks later, Huldah rushed up to my door, yelling, “He’s coming!  The rabbi Jesus of Nazareth is coming.  The One I told you about.  He’ll walk right by the well.  Miriam, just give Him a chance.  What if He could heal you?  I’m going to join the crowd following Him into town!”  And she ran off.  I WAS curious about this man, so I watched out the door to at least see Him.  Then I heard the crowd coming toward the well - and my house.  I craned my neck around to get a good look at all this, and I saw HIM, surrounded by people.  I knew which One He was:  He walked with such authority, and His eyes were piercing.  Eyes like I’d never seen before.  Jesus and the crowd walked right by my house.  The people were so excited to see Him that they never even noticed that they walked close to my house.


Just then Jairus, our synagogue ruler, met Jesus on the street and all of them stopped as Jairus asked Jesus to go to his house to heal someone.  That’s when I saw my chance.  I slipped out of my door and made my way around the outside of the crowd, and then pushed through them to get to Him.


Just as He turned to follow Jairus, I reached out and touched the prayer shawl He wore.  HEAT pulsed through my body and my stomach, and I stood frozen as power rushed through me.  I couldn’t move.  The crowd never noticed me because they were following Him.  Suddenly, He stopped, turned around and asked in a loud voice, “WHO TOUCHED ME?”  His disciples who were with Him said, “EVERYBODY touched you. There’s a crowd around you.”  “No,” He said. “Power went out of Me.  Someone deliberately touched Me.  Who TOUCHED me?”  I was terrified.  I was unclean, and I had TOUCHED a RABBI.  I could be punished for that, and I knew it.  Jesus continued to stand there, waiting.  I KNEW He knew it was me.  The crowd was silent.  Terrified, I ran forward and collapsed to the ground in front of Him waiting to be punished.  And the crowd gasped in horror when they saw it was me.

But, oh, do you know what He did?  He looked at me with LOVE in His eyes, and said, “Daughter.” (He called me Daughter!  I don’t even have a family!) “Daughter, your faith in Me has healed you.  Go in peace.  You are healed!”   He raised me to my feet (He TOUCHED me!), and the crowd was absolutely silent.  He touched my face, and then turned to follow Jairus.  The people followed behind Him, and as they followed Him, they brushed right by me.  In fact, some of them  actually smiled at me as they walked by.  I was now just one of the townspeople.  He IS the Messiah.  I know it now.  In fact, I’ve become one of His followers.  And He’s so APPROACHABLE.  Love pours from Him.  Power pours from Him.  He is the Son of God.  He is the Way to the Father.  He is the Truth, and He is the Life.  Do you need to be healed?  In your heart or your body?  Ask Him.  Reach out and touch Him.  He’ll call YOU “Daughter,” too.   Shalom.

"The Unclean Woman" is one of many women of the Bible monologues written and performed by Sandra Wakefield. To contact Sandra for a women's event at your church, write her at sandrawakefield@sbcglobal.net.