"ABCs of Wisdom" Now Back in Print

"ABCs of Wisdom" Now Back in Print 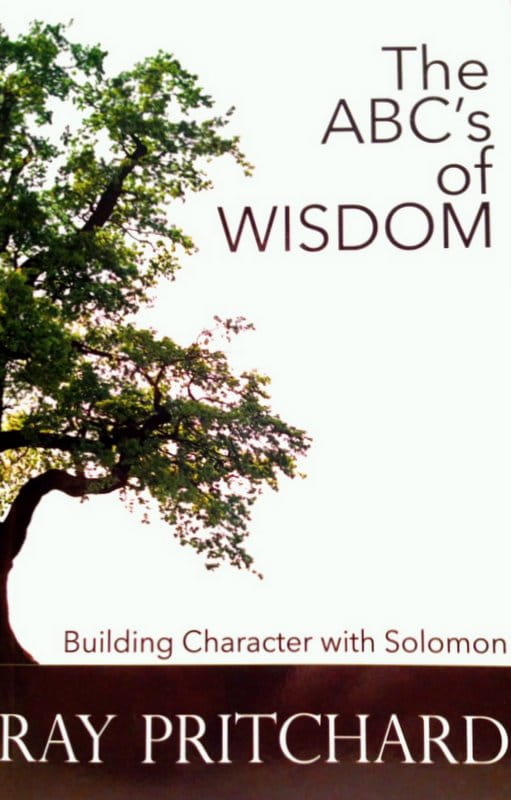 Sixteen years ago I published The ABCs of Wisdom, which contains 100 short character studies from the Book of Proverbs. It has been out of print for almost ten years. Recently we resissued it in print and ebook formats. I wrote a new introduction to bring readers up-to-date on why this book matters so much. Here is that new introduction:

When I wrote the first introduction to this book in 1997, I began by remarking that “we are living in days of moral and cultural confusion."

That was sixteen years ago.

Given all that has happened since then, it makes me look like a prophet.

But it didn’t take a prophet’s vision to discern what was happening in Western culture. Back then it was clear enough that the barbarians were at the gate. What was not clear was how quickly the walls would be breached, like those old movies of the Mexican army under Santa Anna overrunning the valiant defenders at the Alamo. You cheered for James Bowie, William Travis and Davy Crockett, and they seemed to win for a while, but the enemy forces kept coming and the cannon balls kept flying over the walls. You always knew how it would end.

I don’t believe I wrote a word in this book about gay marriage because sixteen years ago that didn’t seem to be a big problem. But on that front the walls have been breached and the other side is rushing in, claiming victory in the fight to redefine the most basic unit of society-the marriage that makes a family.

Now is the time.
This is the place.
We are the people.

So this book seems more relevant to me than it did when I first wrote it. Back then I was quite a bit younger, our three sons were in junior high and high school, and we were living in Oak Park, Illinois. Now Marlene and I are grandparents, our sons are in their early 30s and late 20s, and life has taken us from Oak Park to Tupelo, Mississippi to Dallas, Texas.

Much has changed, but the things that matter most remain the same.

This comes from the first introduction:

Chuck Colson argues that for the first time in our history, we have raised an entire generation of young people who have no conscience. Since their parents had no solid moral foundation, they had nothing to pass along to their children. As a result many young people today do not know the difference between right and wrong.

That was his judgment in an era before smartphones, texting, Facebook, Twitter, Instagram, YouTube, and the spread of the Internet to every corner of the globe. If anything, the problem is worse today because our young people have more sources of information than ever before but less reliable moral guidance.

Young people have at their disposal more knowledge than any previous generation.
Are they any wiser?

Come to think of it, are we any wiser for all we know?

But having said all that, I do have some very good news. If we want wisdom, we can have it. Solomon wrote a whole book of the Bible to help us find the wisdom that comes from God. But be warned. Wisdom does not come cheaply. We must want it more than we want silver or gold. We must search for it with diligence and determination, and when we find the teachings of wisdom, we must do something very important with them:

Someone has called this “the penmanship of the soul.”
Truth written on the heart lasts forever.

In writing this new introduction, I send it out with the prayer that God will use this book to write eternal truth on the tablet of your heart. Perhaps it would be good to stop right now and ask the Lord to change you from the inside out as you read The ABCs of Wisdom.

This book was well received when it first came out. I know of parents who read a chapter a day to their children. The questions at the end of each short chapter make it ideal for family and small group discussion.

This book is not really about children or even for children. But I believe the up-and-coming generation needs to heed these words. For that matter, we could all benefit from some practical, down-to-earth teaching about what is right and what is wrong and how to treat the people we meet every day.

For a world that has lost its way, God wrote a book to bring us back to reality. If you’re interested in learning how life is supposed to work, turn the page and let’s get started.

Here is the link to order a copy of The ABCs of Wisdom.