Angels We Have Heard on High

Angels We Have Heard on High 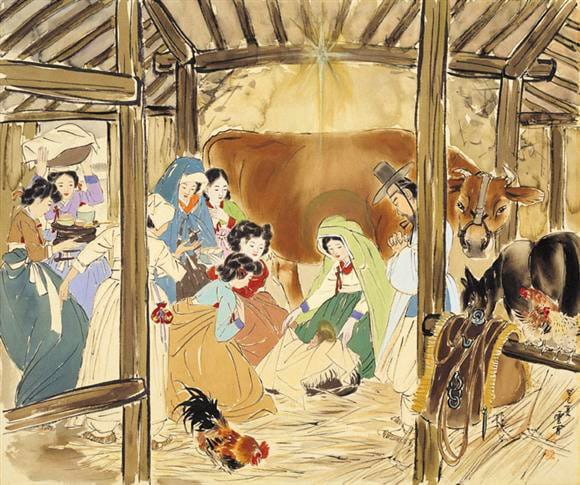 “Suddenly there was with the angel a multitude of the heavenly host praising God and saying, ‘Glory to God in the highest, and on earth peace, goodwill toward men!” (Luke 2:13-14 NKJV).

Historians call this a “French carol” to indicate its origins, but that’s about all we know for certain. It seems to have been published in English around 1860, but there are older versions. The original French title meant “Angels in our Countryside,” which seems perfectly suited to the scene recorded in Luke 2 where angels suddenly fill the skies.

This carol calls us to make Christmas much more than a holiday. We must . . .

Come to Bethlehem and see
Him whose birth the angels sing
Come adore on bended knee
Christ the Lord the newborn King.

Because of its obscure origins, it is not surprising there is some variation in the exact wording of the verses. Several years ago, while doing some research, I discovered this carol appears to be one of very few that mentions Joseph:

See Him in a manger laid
Jesus, Lord of heaven and earth!
Mary, Joseph, lend your aid,
With us sing our Savior's birth.

The refrain, with its soaring melody and antiphonal parts, calls each of us individually and all of us together to say, Glory to God in the highest!” An early church father named Saint Hilary said, “Everything that seems empty is full of the angels of God.” Sometimes the world around us seems empty, and we may feel entirely alone, but now and then—Suddenly!—when we least expect it—when we’ve almost given up hope—when we’re tired or bored or fearful or disgruntled—God breaks through and the angels start to sing. They sang for some startled shepherds one night in Bethlehem 2,000 years ago. They still sing today for those who care to hear them.

Let’s listen to this beautiful a cappella version by Pentatonix.

Our Father, on this happy Christmas Eve, open our hearts so we will believe and never doubt that Christ has come! Amen.