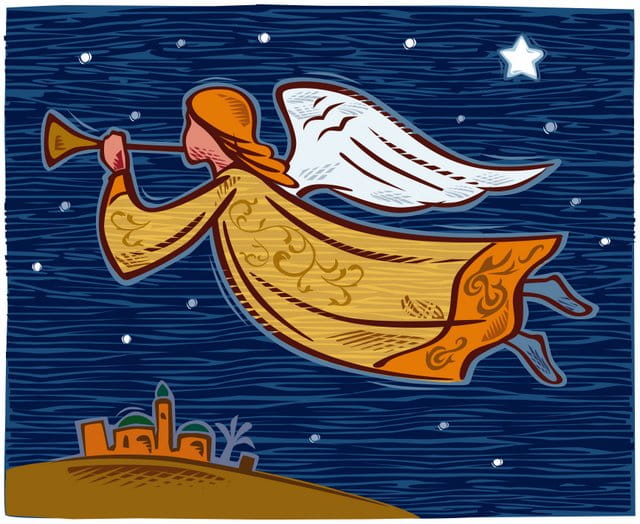 “Suddenly there was with the angel a multitude of the heavenly host praising God” (Luke 2:13).

It means without warning or prior announcement. One moment the angels weren’t there, and then they were everywhere. Let me amend that last statement a bit. The word “suddenly” means that the angels were nowhere to be seen, and all at once they filled the sky. Some questions come to mind at this point. If we had been there, would we have seen the angels? Could the people in Bethlehem see the angels? Could they be seen in Jerusalem—eight miles away? Could the sound of their voices be heard in other places, or did the angels reveal themselves only to the shepherds? We cannot fully answer these questions, but this much is certain: The angels were really there, and the shepherds really did hear them.

But that’s not all. You have the mysterious star that led the Wise Men from some distant land all the way to Bethlehem to the very house where they found the baby Jesus. And the Wise Men were warned in a dream not to return to Herod but to go home another way. So there you have it—angels and stars and dreams. Supernatural stuff everywhere.

We believe something absolutely amazing.

The angels bring good news of great joy, the best news the world has ever heard.
There are more miracles to come on this Advent journey.

Let’s pray for faith to believe all over again as we get ready for Christmas this year.

Lord, as we begin this Advent journey, open our hearts so that we will believe in Christmas all over again. Amen.