Caiaphas: Close But Not Close Enough

Caiaphas: Close But Not Close Enough 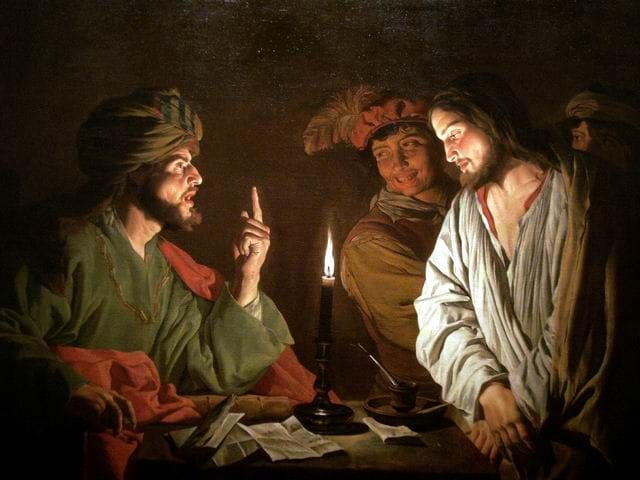 “Now Caiaphas was the one who had advised the Jews that it was expedient for one man to die on behalf of the people” (John 18:14).

He was so close to the truth.
But close is never enough when it comes to Jesus.

Sometime in the early hours of Good Friday, after midnight and before dawn, Jesus stood before Caiaphas, the high priest of the Jewish people. False witnesses testified but they could not get their stories straight. Jesus remained silent. When Caiaphas asked, “Are you the Christ, the Son of God?” Jesus quoted Daniel 7 in response. Enraged, Caiaphas accused Jesus of blasphemy.

We must not miss the ultimate irony of Caiaphas' story. A week earlier, when word spread that Jesus had raised Lazarus from the dead, the Sanhedrin met to consider how to handle the "Jesus problem." That's when Caiaphas uttered his most famous line. “It is better for you that one man die for the people than that the whole nation perish” (John 11:50). When John told the story, he adds that Caiaphas said more than he knew because his statement was a prophecy of the death of Christ, how his bloody death would provide salvation for everyone who believes in him. In just one sentence Caiaphas uncovered the heart of the gospel.

Caiaphas was so close to the truth. So close but not close enough. He was a religious leader who ought to have known that everything in the Old Testament pointed to Christ. His story proves that being a religious leader doesn't guarantee any degree of spiritual enlightenment. He was so blinded by his hatred of Jesus that he could not see who he really was. He even spoke the truth unknowingly and prophesied what Christ would accomplish by his death.

Let us not think that we are immune to the same tragic mistake. In our zeal to serve God, we may actually end up opposing him. Our only hope is to cast ourselves upon the Lord, admit our weakness, and pray for true enlightenment that comes from the Holy Spirit.

And that leaves us with the question the high priest asked his men sometime after 2 AM on Friday morning: "What do you think?" Caiaphas had every reason to come to the right answer to that question, and somehow he missed it. He could have known the truth--and should have known it--because one fateful night in Jerusalem the Truth was standing right in front of him.

That night Jesus stood on trial before Caiaphas--only it wasn’t Jesus who was on trial. It was Caiaphas. He stands exposed as a religious leader who feared what he did not understand and hated what he could not control, who condemned to death a man he could not intimidate. When he condemned Jesus, he condemned himself for sacrificing justice in the name of expediency.

Let his story stand as a solemn warning, especially to every religious person reading these words. Jesus is still a problem for the world. He is still on trial in every human heart. Each one of us must choose what we believe about the Man from Galilee. Let us take our stand with Jesus and the example of Caiaphas will not have been given in vain.

Lord Jesus, I pray for courage to take my stand for you today. Amen.