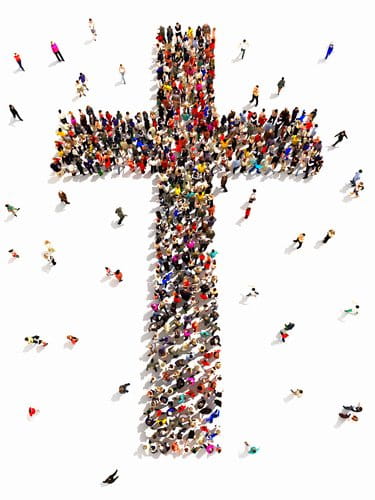 “It is to your advantage that one man should die for the people rather than the whole nation perish.” He did not say this on his own, but being high priest that year he prophesied that Jesus was going to die for the nation” (John 11:50-51).

Raising the dead is risky business.
You never know how people will respond.

You would think that everyone would be delighted to have Lazarus back again. Certainly his friends and neighbors were glad to see him, and Mary and Martha rejoiced in their brother’s return from the grave. As word spread that Jesus had raised Lazarus from the dead, thousands flocked to him.

No one ever came back from the dead. You lived, you died, and that was the end of the story. But then Jesus came along and rewrote the ending. Suddenly life came forth from death.

But not everyone was happy. The Jewish leaders hated the news because they couldn’t handle a big “Jesus movement” in Israel. Apparently no one questioned the miracle itself. No one claimed that Lazarus had never died or that somehow they swapped the body or faked his return from the dead. As the Jewish leaders admitted in John 11:47, Jesus had done many signs that proved his divine origin. The problem became partly political. How could they manage this “Jesus movement” so it didn’t upset the Romans whose main interest was not religious but practical. They wanted to keep the peace so that taxes would continue flowing to Rome.

Enter Caiaphas, the Jewish high priest. He suggested killing Jesus in order to keep the peace. Better one man die than the whole nation perish. It reminds me of Mr. Spock’s famous remark in one of the Star Trek movies, “The needs of the many outweigh the needs of the few.” Caiaphas is willing to have Jesus murdered in order to keep the peace so that Rome didn’t get upset.

But here’s the fascinating point. When John records the story, he adds the comment that Caiaphas was actually predicting the substitutionary atonement of Christ. The Jewish leaders thought by killing Jesus, they were saving the nation from the wrath of Rome. So they killed him, and in A.D. 70 the thing they feared happened anyway when the Roman army burned Jerusalem and destroyed the.

It turns out Caiaphas was right, but not in the way he thought. Through his death, Christ brought salvation not only to Israel but to the whole world.

This event took place about a week before the crucifixion. Sooner than he knows, Caiaphas will come face to face with Jesus. Little does he know that his words predict the true meaning of Christ’s death on the cross.

As we continue this Lenten journey, each day will bring us a little closer to the cross. But in these early days, let’s remember that though wicked men put our Lord to death for sinful reasons, God overruled it all to accomplish his great plan of salvation. He used Caiaphas’ unconscious prophecy to let us know that the hand of God was at work. Out of man’s greatest evil, God wrought the greatest good. We are saved by what bad men did to the Son.

There is no greater proof of Romans 8:28 than the bloody cross of Christ.

Lord God, you are amazing! Even the wrath of man must praise you. What men meant for evil, you meant for good. Tattoo this truth on my heart today. Amen.