Can a Christian Vote for a Mormon?

Can a Christian Vote for a Mormon? 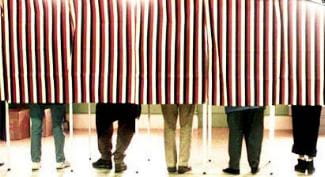 I hadn’t planned on addressing this question until I was asked about it recently.

My answer is a simple yes.

In this fallen world, there are no perfect candidates. Would I prefer to vote only for evangelical Christians? Not necessarily. It depends on the person and not just on their religious preference. Personal faith matters. So does integrity and a proven track record and the ability to get the right things done. I want to vote for someone whose values I share and whose personal life I admire.

For me personally, the pro-life issue matters so much that I simply will not vote for someone who supports abortion. That’s a deal-breaker for me. I have an array of other things I care deeply about (including but not limited to the marriage issue).

I could cheerfully vote for a Mormon even while telling him (with all due respect) that I do not believe Joseph Smith was a prophet of God. In this imperfect world we will often disagree on some point or other with those whom we elect to office. We each have to make our own judgments regarding what matters most to us.

I’m not interested in telling anyone else how to vote. Vote your conscience and please take your Christian convictions with you into the voting booth. You don’t have to tell me how you vote, and I don’t plan to tell you how I vote. That way we can still be friends when all of this is over.