Christopher Hitchens Gets it Exactly Right

Christopher Hitchens Gets it Exactly Right 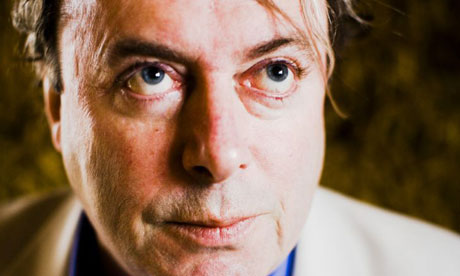 During a recent trip to Portland, Oregon, noted atheist Christopher Hitchens laid down some seriously good theology. Most people recognize Hitchens as the author of the bestselling book God is Not Great: Why Religion Poisons Everything. Since the book's publication in 2007, Hitchens has toured the country debating a series of religious leaders, including some well-known evangelical thinkers. In Portland he was interviewed by Unitarian minister Marilyn Sewell. The entire transcript of the interview has been posted online. The following exchange took place near the start of the interview:

Sewell: The religion you cite in your book is generally the fundamentalist faith of various kinds. I'm a liberal Christian, and I don't take the stories from the scripture literally. I don't believe in the doctrine of atonement (that Jesus died for our sins, for example). Do you make and distinction between fundamentalist faith and liberal religion?

Hitchens: I would say that if you don't believe that Jesus of Nazareth was the Christ and Messiah, and that he rose again from the dead and by his sacrifice our sins are forgiven, you're really not in any meaningful sense a Christian.

Sewell wanted no part of that discussion so her next words are, "Let me go someplace else."

This little snippet demonstrates an important point about religious "God-talk." You can call yourself anything you like, but if you don't believe that Jesus is the Son of God who died on the cross for our sins and then rose from the dead, you are not "in any meaningful sense" a Christian.

Talk about nailing it.

In one of the delicious ironies of our time, an outspoken atheist grasps the central tenet of Christianity better than many Christians do. What you believe about Jesus Christ really does make a difference.