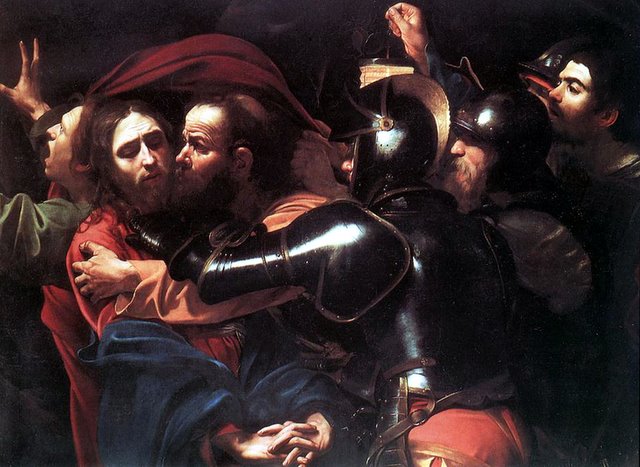 Why didn’t Jesus fight back when he was arrested?

Losing is not a popular idea today. It’s definitely not a very American concept. As George Patton famously remarked, “Americans love a winner. America will not tolerate a loser.” We all want to be on the winning team. That’s why millions of people fill out their March Madness brackets each year. We want to be able to say, “My team won it all.”

Sometimes when you follow Jesus, you have to lose in order to win. That’s what Jesus meant when he said to Peter, “Put your sword back in its place for all who draw the sword will die by the sword” (Matthew 26:52). Brute force does not advance Christ’s kingdom. We cannot accomplish God’s work by bullying people into submission. When we try that approach, it may produce short-term results but it always backfires in the end because the appeal to brute force means that we don’t really believe in God. If we did, we wouldn’t try to take matters into our own hands. “Do you think I cannot call on my Father, and he will at once put at my disposal more than twelve legions of angels?” (v. 53). Twelve legions would be at least 72,000 angels. Do you think 72,000 angels could handle the soldiers that came out to arrest Jesus? But if Jesus had that sort of power at his disposal, why didn’t he use it? Jesus refrained from calling on those angels because he knew that his arrest was necessary to fulfill God’s plan. “It must happen in this way” (v. 54).

I don’t blame Peter for not fully understanding those words. It’s after midnight, and he is tired, distraught, confused, angry, worn out, upset, and in his despair he wants to do something, anything, that will rescue Jesus.

But Jesus doesn’t need his help.
He doesn’t want to be rescued.

Jesus can take care of himself. What seems to be the cluttered rush of events turns out to be the plan of God unfolding to bring salvation to the world. When evil seems to be winning, Christ calmly submits, knowing that in the end, God’s will must be done.


An old hymn reminds us that sometimes we must “learn to lose with God.” And in losing our power, our significance, our place in the lights, our fame and fortune and all that we hold dear, especially our reputation in the world, in giving all that up, our losing with God wins for us a blessing the world can’t match and does not understand.

Lord God, by the death of your Son, you have overturned the values of this dying world. For his sake I release my right to win today if losing would advance your cause. Amen.