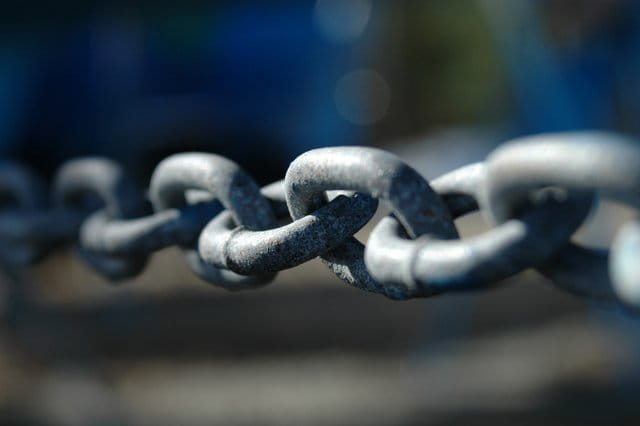 I’ve never met Jerry Seinfeld.
But he gave me a good idea nonetheless.

It happened like this. A little over a year ago I heard a radio interview with a comedian who said that when he was just starting out, he met Jerry Seinfeld backstage one day and asked him how to make it as a comedian.

“Write better jokes,” he told him.

Good advice, but how do you do that? Jerry Seinfeld said that he wrote a new joke every day. Some days he wrote just one, some days more than one, but he never let a day go by without writing at least one new joke. Keep writing new jokes and soon you’ll write better jokes. It turned out that Jerry Seinfeld has some kind of calendar that he marks each day that he writes a joke. Keep at it and soon you’ve got a chain going.

“Don’t break the chain,” Jerry Seinfeld said. Then he repeated it for emphasis. The young comedian said he took the advice to heart and it worked for him.

When I heard that story, the refrain, “Don’t break the chain” kept rolling in my mind. So I decided to see if there was an app that would help me keep track of certain things I wanted to do each day. Turns out there are quite a few apps that do that. I downloaded one called Chains.cc and started using it. I decided to track four things on a daily basis: my diet, my weight, my quiet time, and my writing. Three days ago I was pleased to see this screen come up: 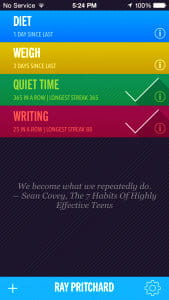 I’m certain there has never been a time in my life when I have had a quiet time 365 days in a row. To be sure, this doesn’t somehow gain merit with God. After all, it’s all grace all the time. But I want to take seriously the command to “discipline yourself for the purpose of godliness” (1 Timothy 4:7). This little app has helped me be more consistent in some areas that are important to me.

Jerry Seinfeld was right.
Don’t break the chain.
That thought has helped me in the last year. Maybe it will help you too.