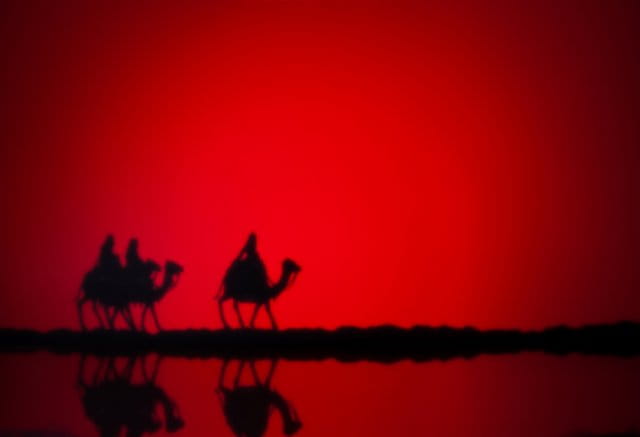 “After Jesus was born in Bethlehem in Judea, during the time of King Herod, Magi from the east came to Jerusalem and asked, ‘Where is the one who has been born king of the Jews?’” (Matthew 2:1-2).

A great mystery surrounds the Magi.
Who are they?
Where do they come from?

The term “Magi” refers to a special class of priests in the Persian Empire. We know from other sources that the Magi had existed for hundreds of years before the time of Christ. They had their own religion, their own priesthood, and their own writings. It appears from the book of Daniel that they existed in his day, and it seems that Daniel was appointed head over the cast of the Magi in the time of King Nebuchadnezzar (Daniel 5:11).

Who were the Magi? They were the professors and philosophers of their day. They were brilliant and highly educated scholars who were trained in medicine, history, religion, prophecy and astronomy. They were also trained in what we would call astrology.

These influential leaders served as advisors to the king. It would not be wrong to call them king-makers because they functioned as political advisors to the Persian rulers.

Finally, they were highly-educated men who thought deeply about life and consequently it is perfectly legitimate to call them “Wise Men.”

We are greatly helped by this fact: We know that the Jews and Persians had intermingled for at least 500 years. It seems that they considered Daniel (who was a good Jew) as one of their own. Since the time of Daniel the Persians had known of the Jewish expectation of a Messiah. It is possible that they even knew from the prophecy of the “70 weeks” in Daniel 9 the approximate time of his appearing. What they did not know was the exact time. When they saw the star, they knew the time had come.

It is often said that “wise men still seek him.” That is true, and we should give these Magi all the credit they deserve because they risked a great deal to journey all the way to Jerusalem in search of the “king of the Jews.”

Think of how many barriers they had to cross to get to Jesus. There was a culture barrier, a distance barrier, a language barrier, a racial barrier, a religious barrier, not to speak of a hostile king and indifferent religious leaders. It wasn’t easy for them to find Jesus, but they did.

If they found him, then so can you.

Lord Jesus, grant us the zeal of the Wise Men first to find you and then to tell others where they can find you too. Amen.