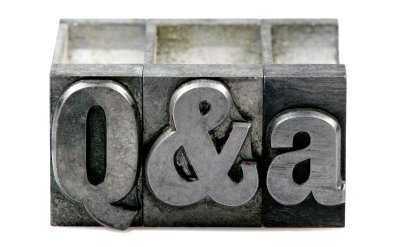 Last Wednesday morning at Gull Lake Ministries in Michigan we had a question-and-answer session. Here are some of the questions along with a general outline of the answers I gave.

1. A friend of mine committed suicide sometime ago. I know he was a Christian and had a personal relationship with Christ, but I am troubled about his salvation given that he committed suicide. Can you help me? Suicide always troubles those left behind because it is such an unnatural way to die. Because it is a form of self-murder, the act itself violates the Sixth Commandment. For that reason, Christians have always regarded suicide as sinful. And that puts our theology to the test. How can a person go to heaven, no matter how devout, whose last act was sinful? We could talk for hours about this, or we could focus on one simple question. Do we really believe in the grace of God? Is God’s grace greater than all our sin or only some of our sin? Do we really believe that “where sin increased, grace increased all the more” (Romans 5:20). Suicide stretches our theology almost to the breaking point, as well it should, but finally we come up against the grace of God. Do we really believe it when we sing about “grace that is greater than all our sin"? The question of focus becomes all important. If we try to get inside the mind of the person who took his own life, we will end up in the wrong place. No one can fully understand an act that is irrational at its core. So either we look at the deed or we focus on the grace of God. When we focus on God’s grace, we discover that there is nothing that can separate us from the love of God in Christ Jesus (Romans 8:38-39). This doesn’t mean that everyone who commits suicide goes to heaven. It only means that suicide, horrible as it is, cannot separate the true believer from the Lord Jesus Christ because in the end grace triumphs over all our sin. See Too Young to Die.

2. See Hosea 13:6. Is this the normal progression that leads a person to turn their back on God? Hosea 13:6 tells how Israel turned from the Lord: “When I fed them, they were satisfied; when they were satisfied, they became proud; then they forgot me.” This seems to be a universal pattern, doesn’t it? Prosperity tends to lead us away from God. When times are good, we become complacent and forget the Lord who blessed us. But when times are tough, we turn to God. In that sense, adversity is better for the soul than prosperity because we learn more in the darkness than we do in the light. See The Most Sought After Things in the World.

3. Is it possible to lose your salvation? John 6:47 says that “he who believes has everlasting life.” 1 John 5:13 says that we can “know” that we have eternal life. As Nicodemus pointed out when Jesus said that he must be born again (John 3:3), it is impossible for a man to enter his mother’s womb a second time. Just as no one can be “unborn” physically, no Christian can be “unborn” spiritually. Those whom God saves, he saves forever. While Christians may (and sometimes do) sin grievously, our sin cannot cancel the reality of the new birth. See Can I Lose My Salvation?

5. What is your position on the timing of rapture and why do you hold that position? This refers to what might be called an intramural debate among evangelicals regarding the timing of the rapture of the church. Will it happen before, during or after the tribulation? I believe the rapture will happen before the tribulation because I see a consistent difference between Israel and the church and because the tribulation primarily concerns the nation of Israel. I also find this position compatible with Paul’s teaching in 1 Thessalonians 4-5. However, I acknowledge that this is a debated issue and wouldn’t care to make it a test of fellowship. I join with Christians across the ages in saying, “Even so, Come, Lord Jesus.” The great issue is not the timing but the fact of his return. I had a good friend who often said, “Jesus is coming. Are you ready?” That should our main emphasis. See Sound the Trumpet!

6. What happens to us the minute we die? If we know Jesus, then we go to be with him in heaven. Jesus said to the repentant thief, “Today you will be with me in paradise” (Luke 23:43). Those who do not know Jesus go to a place of conscious torment separated from the Lord and from the saved (Luke 16:19-31). See What Happens When we Die?.

7. Can we communicate with the dead? The answer is no. Any attempt to dabble in spirit contact is strictly forbidden in the Bible. It is sometimes called necromancy or sorcery or dealing with familiar spirits. Remember, demons can masquerade as the dead. They can even mimic the voices of our loved ones and give information that only the dead person would have known. For more on this subject, see Leviticus 19:26, 28, 31; Deuteronomy 18:9-14; Galatians 5:19-21.

In case this isn’t clear, let me make it plain. Do not attempt to contact the dead through any means at all, inclduing seances, Ouija Boards, crystal balls, psychic readers, channelers or mediums. You are involving yourself in that which God forbids. Leave the dead alone.