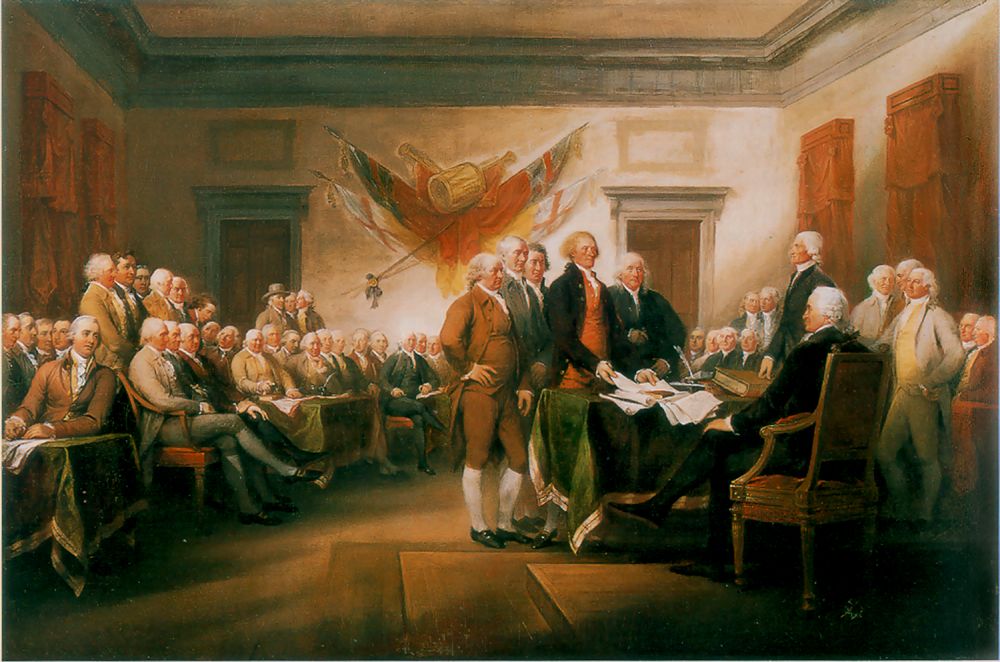 Yesterday Peggy Noonan published a column called Making History in which she reflected on the events that led up to the adoption of the Declaration of Independence on July 4, 1776. As historian David McCullough makes clear in books like 1776 and John Adams, it was no sure thing that the colonies would actually vote to form the United States or that they would or could succeed in a war against Great Britain. In particular, the colonies had trouble agreeing on how or when or even whether they should press for independence. And after Thomas Jefferson wrote the first draft of the Declaration, fully 25% ended up on the cutting floor, including a section indicting the slave trade.

After much prolonged debate, the colonies voted 12-0 (with New York abstaining) to adopt the Declaration, knowing that it would certainly lead to war. Thus the closing phrase in which the signers pledge to each other “our Lives, our Fortunes, and our sacred Honor” to see independence become a reality.

Today we remember what they paid for in blood.

Peggy Noonan mentions a visit to Mount Vernon several years ago where she listened to David McCullough speak of the influence of George Washington. During a chance conversation she asked the renowned historian a very important question:

Almost two years ago, I was lucky enough to tour Mount Vernon with a dozen people including him. (If I were David McCullough I would know the date and time. But I know the weather.) At the bottom of a stairway leading to the second floor, we chatted for a moment, and I asked him how he accounted in his imagination for the amazing fact of the genius cluster that founded our nation. How did so many gifted men, true geniuses, walk into history at the same time, in the same place, and come together to pursue so brilliantly a common endeavor? “I think it was providential,” he said, simply.

The dictionary defines providential as meaning “heaven-sent, as if by divine intervention.” The term is theological and comes from the word “providence,” which means God’s gracious oversight of all the universe. When we apply the word “providential” to American history, we mean that this nation didn’t happen by accident. In the great debate over what America is and should be, let us not forget that the"genius cluster” of John Adams, Ben Franklin, Thomas Jefferson, Sam Adams, and all the rest, walked into history at the same time in the same place, with a shared vision of a nation that would be free and independent and a beacon of liberty and hope to the world.

It didn’t happen by chance but by the good hand of God. It was providential. That’s what we celebrate on this 4th of July.